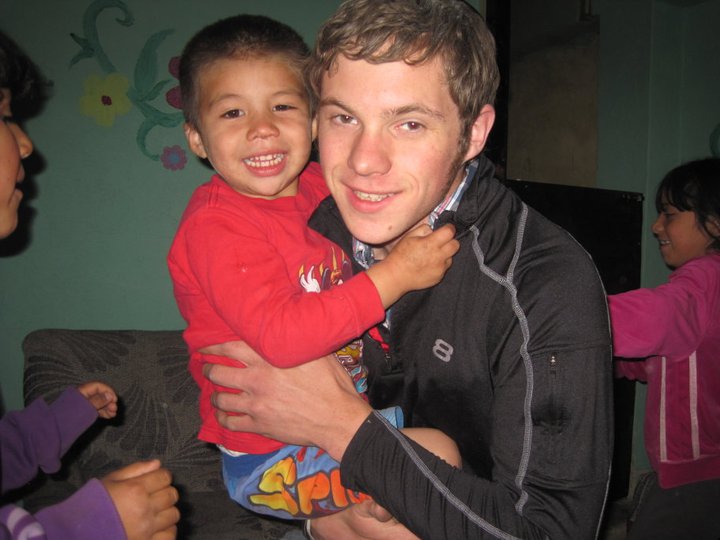 Brandon Wright, a 21-year-old college student, is recovering after he was critically injured in a fiery motorcycle crash.

A Utah motorcyclist is lucky to be alive today after his motorcycle burst into flames in an accident Monday in Logan, Utah. He was saved by brave bystanders who lifted the burning car off of him and pulled him to safety.

See the incredible video of the rescue here.

The 21-year-old motorcyclist, Brandon Wright, was critically injured but said this from his hospital bed to The Associated Press: “I’m just very thankful for everyone that helped me out. They saved my life.”

We all pray for a speedy recovery for Brandon, who has been upgraded to stable condition!

Here is what happened, according to police and witness accounts in the Logan Herald-Journal and The Associated Press:

Brandon, a Utah State University student, was riding his motorcycle to a campus computer lab Monday morning when he made a move to avoid colliding with a BMW sedan that was pulling out of a campus parking lot.

Police said tire and skid marks showed that Brandon slid along the road before striking the BMW.

The men and women, about 10 people, who rushed to help Brandon were students, construction workers and other passers-by, police said.

“It was super human what people did,” said Tyler Riggs, Brandon’s uncle. “The level of appreciation we have for them saving Brandon’s life can never be repaid but we want to say thank you.”

Riggs said Brandon suffered a broken femur, tibia and pelvis, a burn on his foot and road rash on his face. Brandon was not wearing a helmet, police said.

The driver of the BMW, who helped lift the car off Brandon, has been identified as John Johnson, the head of the university’s Department of Management Information Systems in the Jon M. Huntsman School of Business.

The video was shot by a university media production specialist who was shooting a promotional video nearby when the accident occurred.

Police said they did not know yet whether any citations would be issued or charges filed in the accident.