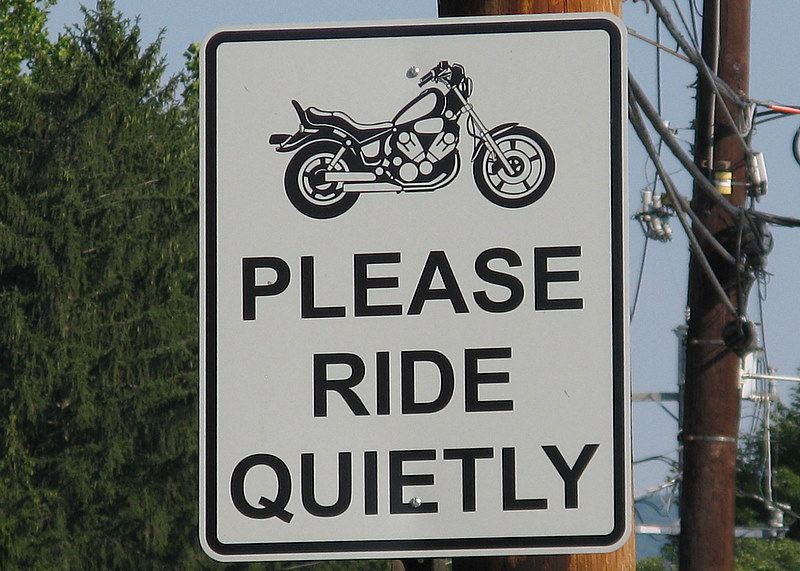 The city of Elmira has announced plans to unfairly target motorcyclists it believes are violating the city's noise ordinance.

The Elmira city manager told City Council members Thursday that police officers will pull over and ticket motorcycles they believe exceed the city noise ordinance limits, according to reports on WETM-TV and the Star-Gazette.

City Manager John Burin said officers would not pursue motorcyclists but when they encounter what they consider “loud” motorcycles, tickets will be issued.

I strongly oppose the police targeting of motorcylists! Cars with loud mufflers and loud stereos and trucks with jake brakes and straight pipes are louder than motorcycles and much more prevalent. If bikers are riding recklessly, then ticket them, but targeting bikers is unnecessary and discriminatory.

Rather than target bikers, they should target the distracted cagers who text, eat, put on makeup and yack on their phones – the same cagers who maim and kill bicyclists and motorcyclists and pedestrians nearly every day.

Elmira motorcyclist Greg Waterman spoke up for all motorcyclists on WETM when he said revving his engine has saved him from being hit by cars: “It’s actually saved me a few times, having louder pipes. While I agree that it is sometimes obnoxious, it does help us out in the long run in terms of being safe.”

Here is the city’s misguided plan, according to the mayor: “What we’re going to be looking at is having our patrols target those motorcycles when they hear them, pull up behind them, pull them over, check decibel levels and issue tickets if appropriate.”

And this is where the decision to pull over motorcyclists gets even murkier: Police Chief Michael Robertson says officers will decide which riders have bikes that are too loud or are being driven too loudly and deserve the traffic tickets.

How can the city expect its officers to enforce the law fairly if they are not giving officers more specific guidelines for enforcement?  NY law says that aftermarket exhausts can’t be louder than stock – but how is an officer on the street supposed to know the decibel level of a stock exhaust on every motorcycle he may encounter?  And unless he knows and can prove the stock decibel level, then the city can’t prove a biker’s exhaust violates NYS law. This unnecessary targeting of bikers will result in the arbitrary and unconstitutional enforcement of laws.

Make your voice heard in Elmira, Corning and the Twin Tiers!