Unsafe At Any Speed: Careless Driver Veers Off Road, Seriously Injures Two Pedestrians In PA – Including An 11-Year-Old Boy

Two more pedestrians in the Twin Tiers suffered serious injuries on April 27 when they were struck by a car in Tioga County, PA.

The crash is the latest in a series of crashes in which careless or distracted drivers seriously injured or killed other Twin Tiers residents. 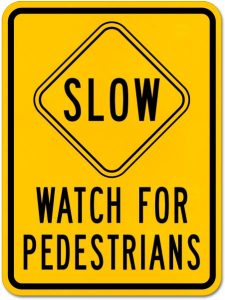 On April 14, an 84-year-old Sayre man was struck and killed while walking in Sayre.

State Police TICKETED the driver, Ryan J. Neal, 42, of Mansfield, for careless driving. Troopers said Neal was driving a 2010 Chevrolet Cobalt when HE VEERED OFF THE SIDE OF THE ROAD and struck Welch and the boy.

Welch and the boy were transported to a hospital in Wellsboro. Troopers have not released any more information about their conditions.

I wrote last month about the dramatic increase in the number of pedestrians hit by cars and trucks since I began practicing law more than 30 years ago.

I think many drivers are too distracted by the technology they have in their cars. They are checking text messages, talking on their phones and checking their GPS.

National studies confirm that even hands-free still significantly distracts drivers. A recent national report estimated pedestrian deaths at about 6,590 in 2019, an increase of 5 percent over 2018. It was the most fatalities in more than three decades, the report said.