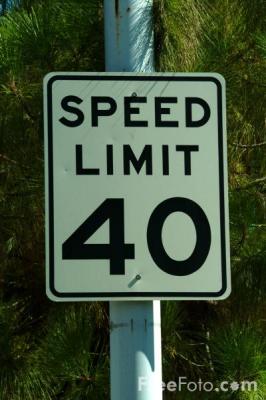 The drive north along Route 14 between Millport and Montour Falls follows the bottom of a beautiful valley. It’s near the new Catharine Valley Trail, after all. Area drivers, however, don’t seem inclined to take in the scenery on a leisurely manner.
A recent story by WETM-TV (below) followed up on a Jan. 15 head-on crash on Route 14. Five people were injured in the car accident. The story reports that residents along the speed zone where the limit drops from 55 to 40 mph said that they felt drivers ignore the speed limit. Schuyler County Sheriff Bill Yessman had objective proof – he said that radar run in the speed zone confirms that drivers tend to be going too fast.

Though officials say the cause of the crash wasn’t speed related, such a harrowing occurrence makes you think about road safety on Route 14. It’s a twisty drive that can be slippery in rain or snow. Impatient drivers may take the chance of passing, even though there are few spots along the route that allow enough visibility to do it safely. If drivers ignore the posted speed limits, that’s just adding another – completely unnecessary – risk.

The residents mentioned in the story say that they hope that moving the speed limit signs, adding flashing signs, and/or adding warning “children at play” signs may help ensure that Route 14 leading into Montour Falls is a safer stretch of road. Let’s hope that something wakes drivers up to the dangers of driving too fast on Route 14.

MONTOUR FALLS – Neighbors that live on a stretch of State Route 14 in Montour are very concerned that people in the area drive too fast. They say this is happening where the speed limit changes from 55 mph 40mph.
Mike Colunio lives along the speed zone and says drivers are constantly ignoring the posted traffic signs.

“Just last week I was checking the mail and I barely made it back across the road because someone was speeding this way.”

The Schuyler County Sheriff Bill Yessman says they run radar in the area and people in the speed zone tend to go too fast.

Just last week a head-on crash in the speed zone sent 5 people to the hospital.

The cause of that crash is still unknown, although, officials say it wasn’t speed related.

Colunio saw the crash and says he disagrees.

He says he’s been complaining to the town for years and their efforts to stop speeders aren’t helping either.

Some neighbors say although the posted roadway warning help, the speed limit signs may need to be moved so drivers can see them coming around the curve.

Another thing Colunio says he’s considering to help make the neighbor more safe is asking the town for is flashing signs and signs that warn children are at play.

When we asked town leaders about the road they told us they haven’t received any complaints from neighbors.

The New York State Department of Transportation says nobody’s filed complaints with them either.