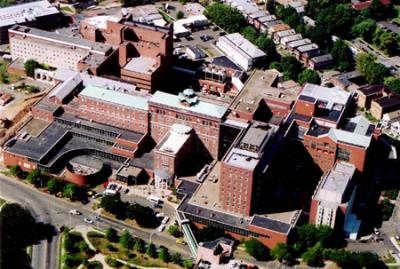 I wanted to offer my congratulations to attorney John Powers for a record settlement in a tragic medical malpractice case. John is an excellent Albany attorney with whom I have had the pleasure of working on several cases.

The Albany Times-Union carried the story, “$5.2 M benefit can’t heal loss.” John handled the case for the family of Diane Rizk McCabe. Diane died in 2007, at age 32. The Caesarean delivery of her second child was not handled correctly. Diane slowly bled to death over 15 hours. Albany Medical Center Hospital will pay the cash settlement for malpractice and mandated changes in procedure.

The McCabe family took a settlement, but John was able to bring this case to an unusual conclusion. The monetary settlement is substantial, but what this family truly wanted two things: To make Diane a remembered presence to her two children and to force the hospital to make changes that would prevent this kind of loss from happening to any other families.

John represented Joseph McCabe, Diane’s widowed husband and a Schenectady police officer. In the Times-Union story, John says he was ready to take the case to trial in August.

“It was never about the money with the family,” John was quoted as saying. “It came down to the non-monetary aspects involved with the settlement. They wanted to do something to make certain this doesn’t happen to someone else and to create a memorial to Diane for the children as they grow up that they’ll know that their mother is being remembered in this way.”

If the McCabe family had pursued the trail, they couldn’t have won those very important non-monetary stipulations. The Albany Medical Center Hospital must fund for the next 20 years a Diane McCabe Memorial Quality Lecture series focusing on topics related to enhancing patient safety.

The hospital must also buy a maternal and neonatal simulator for staff training and to change monitoring procedures for women during childbirth.

I just want to congratulate John for being able to bring such a tragic case to a resolution that really means something to the McCabe family. He’s also a past president of the New York State Academy of Trial Lawyers. The organization sent an e-mail to members with an announcement of this extraordinary settlement.

E-mail me at FreeReports@zifflaw.com for two free books:
NY Car Accidents and NY Car Insurance Secrets YOU Need to Know.