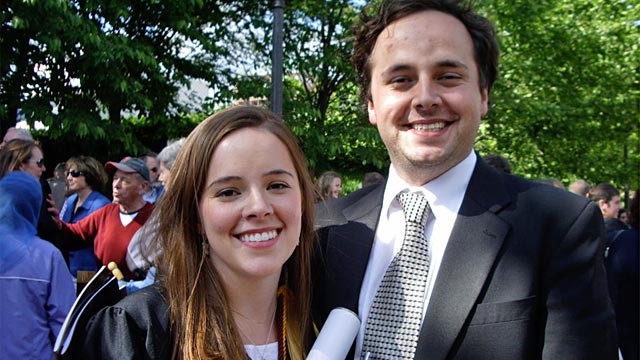 Fisher’s blog post about his battle over his late sister’s estate has gone viral and put a much-needed spotlight on the reprehensible practices of some insurance companies like  Progressive.

Fisher’s sister, Katie, was driving in Baltimore in June 2010 when she was killed in a car accident. She was 24. The other driver, who was underinsured, apparently ran a red light and struck Katie Fisher’s car.

“One indication that the case was pretty open-and-shut was that the other guy’s insurance company looked at the situation and settled with my sister’s estate basically immediately. Now, because the other driver was underinsured, that payment didn’t amount to much, but my sister carried a $100,000 policy with Progressive against the possibility of an accident with an underinsured driver. So Progressive was now on the hook for the difference between the other guy’s insurance and the value of Katie’s policy.

“At which point we learned the first surprising thing about Progressive: Carrying Progressive insurance and getting into an accident does not entitle you to the value of your insurance policy. It just pisses off Progressive’s lawyers. Here I address you, Prospective Progressive Insurance Customer: someday when you have your accident, I promise that there will be enough wiggle room for Progressive’s bottomless stack of in-house attorneys to make a court case out of it and to hammer at that court case until you or your surviving loved ones run out of money.

“Which is what Progressive decided to do to my family. In hopes that a jury would hang or decide that the accident was her fault, they refused to pay the policy to my sister’s estate.”

Maryland law does not allow someone to sue an insurance company that refuses to pay, so they sued the other driver who accidentally killed Katie Fisher. And that’s when Matt Fisher and his parents were floored to learn this, according to Matt:

“At the trial, the guy who killed my sister was defended by Progressive’s legal team. If you are insured by Progressive, and they owe you money, they will defend your killer in court in order to not pay you your policy.”

The jury found the other driver negligent, which should now result in Progressive honoring Katie’s policy and paying the money to her estate.

Progressive has issued a statement denying one of its attorneys defended the other driver and saying it hoped to resolve the claim now, and Matt Fisher has a response to the statement, naming the Progressive lawyer by name who was in court during the trial.

Be sure to read the comments on the Progressive website. They are being vilified for their conduct, and rightly so!

The way it is supposed to work is that you pay your hard-earned cash to an insurance carrier to provide protection to you when you need it. And if something bad happens, your insurance company is supposed to treat you like the good customer you are and pay your claim.

That’s how it is SUPPOSED to work. The cold reality is that many insurance carriers use every manner of excuse possible to try to avoid paying legitimate claims of even their own customers.

Heck, I understand (at least to some degree), that insurance companies want to resist paying claims to other parties but they sure shouldn’t treat their own customers that way.

Your insurance company is supposed to help you, NOT hurt you. And here, Progressive was protecting its own interest rather than its customer’s interest.  It is plain despicable.

Readers in Elmira, Corning and the Twin Tiers, what do you think? Please share your comments below!