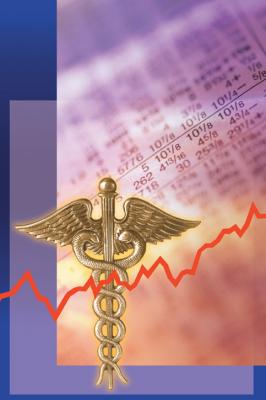 As a lawyer who has handled several multi-million dollar cases against the Ira Davenport Hospital (IDH) in Hammondsport, N.Y., I applaud the merger of that hospital and the Arnot-Ogden Medical Center in Elmira, N.Y.

WETM-TV recently posted an Associate Press report that this merger was going through – see the story, “Hospital Merger, WETM 18 Online” (a copy is pasted below).

Why do I care about this merger? Because I truly hope that IDH will finally get some long overdue help in upgrading the quality of its facilities and staff.

In my cases against IDH I was appalled to learn about the total lack of appropriate staff training at the hospital.

Let me give you just one example of what I learned and why I was so appalled.

My first case against Ira Davenport Hospital involved a prolonged delay in the delivery of a baby girl. In that case, the electronic fetal monitoring machine showed clear evidence that the baby was in distress for a prolonged period of time before either the nurses or the doctors did anything to deliver the baby. The whole purpose of putting a mother who is in labor on an electronic fetal monitoring machine is to be able to watch both the interaction between the baby’s heart rate and the mother’s contractions. There are certain patterns of heart rates that are reassuring—they show that the baby is doing well—and other patterns of heart rates that tell you the baby is in big trouble. Labor and delivery nurses, as well as obstetricians who deliver babies, are supposed to be trained to recognize both the good and bad heart-rate patterns. They are also taught what they are supposed to do when they see a bad heart rate on the electronic fetal monitoring machine.

In my first case against the Ira Davenport Hospital, I was shocked to learn how little training the delivery nurses had received on the fetal monitoring machine. While the nurses were very nice ladies and truly cared about their patients, the only training the two nurses involved in the care of my client received was a very brief course offered via fax machine. Yes, that’s right, their ONLY training was via fax machine during a brief course.

When I questioned the nurses about their knowledge of the various heart-rate patterns, I was shocked to learn that they had no real understanding of the most dangerous patterns. In my client’s case, the ominous heart-rate patterns were there for a long time but the nurses totally failed to understand that the patterns were dangerous. The machine clearly showed that the baby was essentially being choked to death as her brain was being deprived of oxygen. The nurses simply didn’t understand the data that the machine was providing because they had not received adequate training in the use of the machine.

The insurance company for the Ira Davenport Hospital settled that case by paying their full policy limits of $2,000,000.

Now wouldn’t you think if you had to pay $2,000,000 because your nurses were inadequately trained, you would make darn sure that they got additional training so this kind of nightmare would never occur again?

Flash forward five years. I am now handling a second case against the Ira Davenport Hospital. The facts are eerily similar to the first case — a little boy who suffered cerebral palsy – permanent brain damage – due to a delay in delivery. In fact, in this second case, some of the same nurses involved in the first case, are involved in the this case. I am taking their deposition and I ask what I think is a simple question: In the last five years since case #1, what additional training have you received on the fetal monitoring machine? I am expecting to hear that the nurses have received all sorts of additional training.

What I heard shocked me:  “Nothing … we have received no additional training.”

You have got to be kidding me…you almost kill a baby……you leave her with permanent brain damage….you have to pay $2,000,000 to settle a lawsuit for the horrible injuries you caused…..and you haven’t done ANYTHING to fix the problem? Unbelievable.

Thankfully I haven’t had a third case so I don’t know what additional training the nurses may have received since that case but I can only hope that they received some real, in-depth training.

So this is a long way around saying why I applaud the merger between these two hospitals: I applaud it because I hope that the affiliation between these two hospitals will upgrade the quality of the facilities and the staff training at the Ira Davenport Hospital. As much as I make my living handling medical malpractice cases, I do NOT want to see people unnecessarily hurt by their medical providers so I embrace anything that can be done to improve the quality of the care provided by our local hospitals here in upstate New York.

(AP, Natario, 12/03)
URBANA – Patients that go to Ira Davenport Memorial Hospital will now have access to more doctors.
The hospital has officially agreed to merge with Arnot Ogden Medical Center in Elmira.
At the Steuben County hospital there will be more surgical doctors on hand.
Ira Davenport will also be under the umbrella of Arnot Ogden, which officials say will help them pay off debts.
Without the merger, officials say there is little doubt the hospital could have remained open.
“Small hospitals across the state of New York are really struggling. Nursing homes in the state of New York are really struggling due to the economics of it all. All of the health care in upstate New York are really struggling. So we felt this was a necessary step”, said James Watson.
New York State is helping to fund the merger through hundreds of thousands of dollars in “Heal New York” grants.
The money helps larger hospitals keep open smaller, rural hospitals.
Besides more doctors, Ira Davenport hospital will also be receiving some structural work.