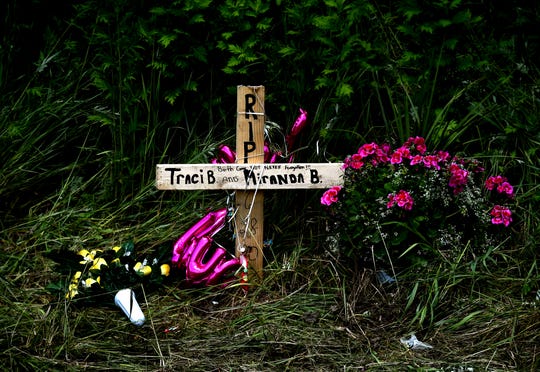 A roadside memorial has been established at the scene of Sunday evening’s crash on Route 79 in Richford, NY, near the border of Tioga and Broome counties. June 29, 2020. (Star-Gazette photo)

Our hearts go out to the families of the victims of Sunday evening’s two-vehicle head-on crash that killed five people near the Tioga-Broome counties line in Richford, NY.

Tioga County Sheriff’s deputies said a 2018 Honda Pilot with five occupants was traveling east on Route 79 at about 5:22 p.m. when the driver tried to pass a vehicle in a no-passing zone and collided with a Toyota Tacoma with two occupants in the westbound lane.

Passing on two-lane roads is always dangerous so it is imperative that a driver only pass when they can do so safely.

The NY Vehicle and Traffic Law § 1124, Limitations  on Overtaking  on  the Left, is very clear:

No vehicle shall be driven to the left side of the center of the roadway in  overtaking  and passing   another  vehicle  proceeding  in  the  same  direction  unless authorized by the provisions of this chapter and unless such  left  side is  clearly  visible  and  is  free of oncoming traffic for a sufficient distance ahead to permit such overtaking and passing  to  be  completely made  without  interfering with the operation of any vehicle approaching from the opposite direction or any vehicle overtaken.

The two victims in the Toyota Tacoma were 40-year-old Traci Baker of Richford, the driver, and a 14-year-old passenger. A memorial established at the scene was in memory of Traci B and Miranda B.

The three victims in the Honda Pilot were all from Brooklyn: the driver, Mohammad Nazir, 36; 30-year-old Skandar Chaudhary, and 32-year-old Nasir Mahmood.

All five people killed in the crash were pronounced dead at the scene.

Two other passengers from the Honda are hospitalized in critical and stable condition.

The Sheriff’s Office is still investigating and looking for witnesses: 607-687-1010.