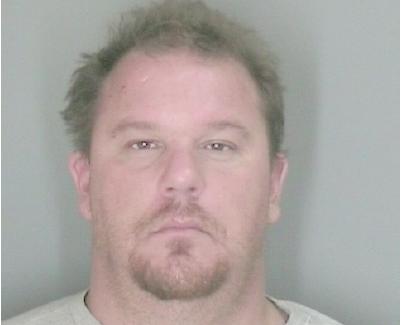 The Penn Yan man accused of drunk driving, reckless driving and criminally negligent homicide who triggering a horrific crash Tuesday that killed five Amish farmers in Yates County has a long criminal history, including this incredibly hazardous event: He stole a Rochester police car in 2006 and led officers on a 13-mile chase through the city and onto Interstate 490 in the wrong direction!.

And he was free on parole after two years!

The Rochester-area news media has been digging into his background and the Democrat and Chronicle newspaper discovered:

The August 2006 third-degree grand larceny conviction involved stealing the police car, the shotgun inside the police car, resisting arrest and driving the wrong way on I-490!

After he was arrested, he admitted to police that he was high on crack cocaine at the time of the crime.  He even asked police if they were impressed with his evasive driving, claiming he became skilled at it because he was a drug runner!

He was also charged with first-degree reckless endangerment, fourth-degree criminal possession of stolen property, resisting arrest and reckless driving, but the newspaper said it appeared those charges were DISMISSED!

He was sentenced to just two to four years in prison in August 2006 and PAROLED in December 2008 — TWO YEARS LATER.

His parole ended in April 2010, so he was a free man when police said he attempted to pass a large farm tractor and caused a crash that killed five Amish farmers and injured 10 other people.

WHAM-TV in Rochester discovered that Eldridge was arrested in 2003 in Montgomery County, Ohio, after police said he assaulted an officer and tampered with evidence when he swallowed some crack cocaine. He was convicted of just tampering with evidence and received probation!

NOW he’s charged with five counts of criminally negligent homicide and driving while intoxicated, reckless driving, unsafe passing, speed not reasonable and prudent, and failure to keep right after passing.

Law enforcement is reporting that despite being uninvolved in the crash and uninjured, there is nothing to indicate Eldridge called 911 or any emergency responder despite the horrific crash he caused.

The Democrat and Chronicle newspaper has also written about the impact of the accident on first responders and how the neighbors in Steuben County are rallying to help their Amish.

Our thoughts and prayers are with the families of those injured and killed in Tuesday’s senseless tragedy. The Amish in that van were all from Woodhull and Jasper in Steuben County. They were our neighbors and our friends and we mourn their loss.