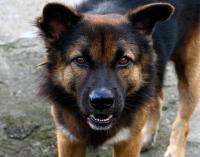 Sad to say, but over the years I have handled way too many cases on behalf of people who have been badly injured when mauled in a dog attack or dog bite case.

I am a dog lover myself (and a former Board member of our local SPCA), but the fact remains: not all dogs are safe or fit to be around people.

In this post, I want to explain the basics of dog bite and dog attack law in New York. Of course, because I’m just covering the basics here, I welcome your questions about dog bite law in NY. You can post a comment below or e-mail me directly at jreed@zifflaw.com.

New York State Agriculture and Markets Law Section 121 imposes penalties and controls on the owners of dogs who have attacked or threatened to attack.

By statute, the penalties on the owner of a pet who has attacked can range from a fine to the possibility of one year in jail.

The penalty depends on what happened during an attack and whether the pet had ever been declared “dangerous” before. For example, if a dog attacked a person or caused physical injury or serious physical injury to a guide dog, the owner may be fined. However, if the attacking dog was declared dangerous in the past and attacked again, the owner may be charged with a misdemeanor and face up to one year in jail.

Penalties/Controls on the Pet: A Dangerous Dog

If a dog attacks or threatens to attack people or other pets, there can be a hearing in court on whether the dog is a “dangerous dog.” Finding a dog “dangerous” allows the court to force the owners to take action to attempt to make sure the dog interacts safely with others.

The court can request a variety of actions for the pet including:

What Can I Do if I Believe that a Dog is Dangerous?

First, if you have been attacked or witnessed a dog attack or threatened attack on a person or another animal, you should to make a complaint to an animal control officer as soon as possible.

(If you live in our area of Upstate New York, the link to the Horseheads and Elmira Animal Control Officers are below. If you are out of these areas, contact the police or call the animal control officers in your area.)

After an animal control officer receives a report of a witnessed or threatened attack, he or she will likely start a Dangerous Dog Proceeding with the court system. If the court feels that it is possible that the dog is a danger then the dog will be seized for the safety of the public until a hearing on the matter. Usually a hearing occurs within five days.

To find a dog a “dangerous dog” in a hearing, the animal control officer or person who brought the proceeding must prove that the dog is dangerous by showing that it is “more likely than not that the dog attacked or threatened to attack.” This is called the “burden of proof” and the burden is on the party bringing the dangerous dog complaint to prove that the dog did attack or threatened to attack. To satisfy this burden of proof you must bring witnesses that have first-hand knowledge (eyewitnesses) of the attack, or other proof of the attack (for example, pictures or videos).

The court will consider all the facts of the incident including if the dog was justified in its behavior. To make sure the dog’s dangerous tendencies can be proven, you may have to testify about what you observed.

If the court finds a dog to be dangerous, they will decide between the various penalties discussed above ranging from training to muzzling in public. Generally, euthanasia is not a penalty on the first complaint unless the situation is very serious, as discussed above.

What Do “Dangerous Dogs” and Statutory Penalties Have to Do with Dog Attack Liability?

I recently wrote about an important related topic – DOG ATTACK LIABILITY – in the post “When Dogs Attack: “Vicious Propensities” and Owner Liability Under New York State Law“ here on the NY Injury Law Blog. Under New York state law, the penalties against the owners and the finding of a dangerous dog are separate from the liability I discussed in the post. This means that – if you were attacked by a dog, your case may proceed in both ways.

Why? Because the owner’s liability and the dog’s “dangerous” designation deal with different things. For example, dog attack liability does not have any control over the actions the owner may have to take with the pet and cannot require fines; the dangerous dog sections usually do not compensate a dog attack victim for anything besides his or her expenses as a result of the attack.

However, although is generally separate, sometimes a “Dangerous Dog” finding can be useful in a civil trial by helping to prove vicious propensities.

Last Thoughts and Sources of Help

Please call your local animal control or police if you have been attacked or witnessed an attack by a dog. Also, if you are concerned about a dog’s aggressive behavior, even if they have not attacked or threatened to attack, PLEASE give the authorities a call. It may save you or someone else from a terrifying, painful or even deadly experience.

The area code for the following phone numbers is 607 unless noted.

The Chemung County Humane Society & SPCA has animal control contracts with nine of the municipalities in the county. Their website is www.chemungspca.org.

The City of Ithaca and the Towns of Danby, Caroline, Newfield, Enfield and Ithaca receive animal control services from the SPCA: 319-5067, emergency/off hours 592-6773

If there is not an animal control officer in your community, call your local police department or, in case of emergency, 911 to make sure they are informed of a dangerous animal!

We hope you found this information helpful. If you or a loved one has been the victim of a dog attack or dog bite please feel free to contact me directly at jreed@zifflaw.com or call 800-ZIFFLAW (943-3529) to discuss your legal options.