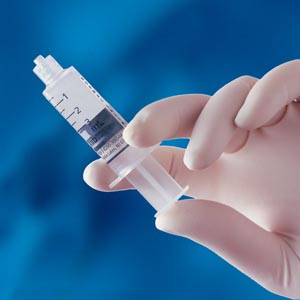 This is just the latest in a series of reports of dangerous, unacceptable care in our hospitals and medical centers.

And then last month at an Olean hospital, more than 1,900 patients were possibly exposed to HIV, hepatitis B and hepatitis C by insulin pens that were reused by medical personnel.

Now we learn that an unnamed Guthrie Corning Hospital employee, between Oct. 15 and Jan. 29, did not follow proper infection control protocol while using single-use saline syringes to flush IV lines at the hospital – THESE SYRINGES WERE RE-USED!.

The nurse is no longer with the hospital, Guthrie said.

Guthrie said it has mailed letters to 236 patients hospitalized at Guthrie Corning Hospital who were treated by the nurse who reused the single-use saline syringes.

Patients who did not receive letters but were hospitalized during that time are allegedly not at risk, Guthrie said.

Those who received letters were urged to call 855-316-7944 to learn more information of set up a testing appointment.

Guthrie said it will reimburse patients for appointments or testing at a Guthrie facility or at a facility of the patient’s choice.

Fillipo also said no other nurses were involved and characterized this shocking exposure of patients to deadly diseases an “isolated incident.”

Fillipo said there are not presently any reports of any patients being infected but some patients could have been potentially exposed to HIV, hepatitis B and hepatitis C.

“We apologize for the concern this has caused our patients,” Fillipo said in a Guthrie news release. “Our primary concern is with our patients and ensuring they receive precautionary testing.”

A Guthrie news release reported that Guthrie Corning Hospital nurses are instructed to use the single-use saline syringes once and then discard them.

No needles are used during saline flushes, Guthrie said. Saline syringes are used to flush IV tubing before and after medication is administered through an IV.

Stay tuned for future developments on this very scary situation.