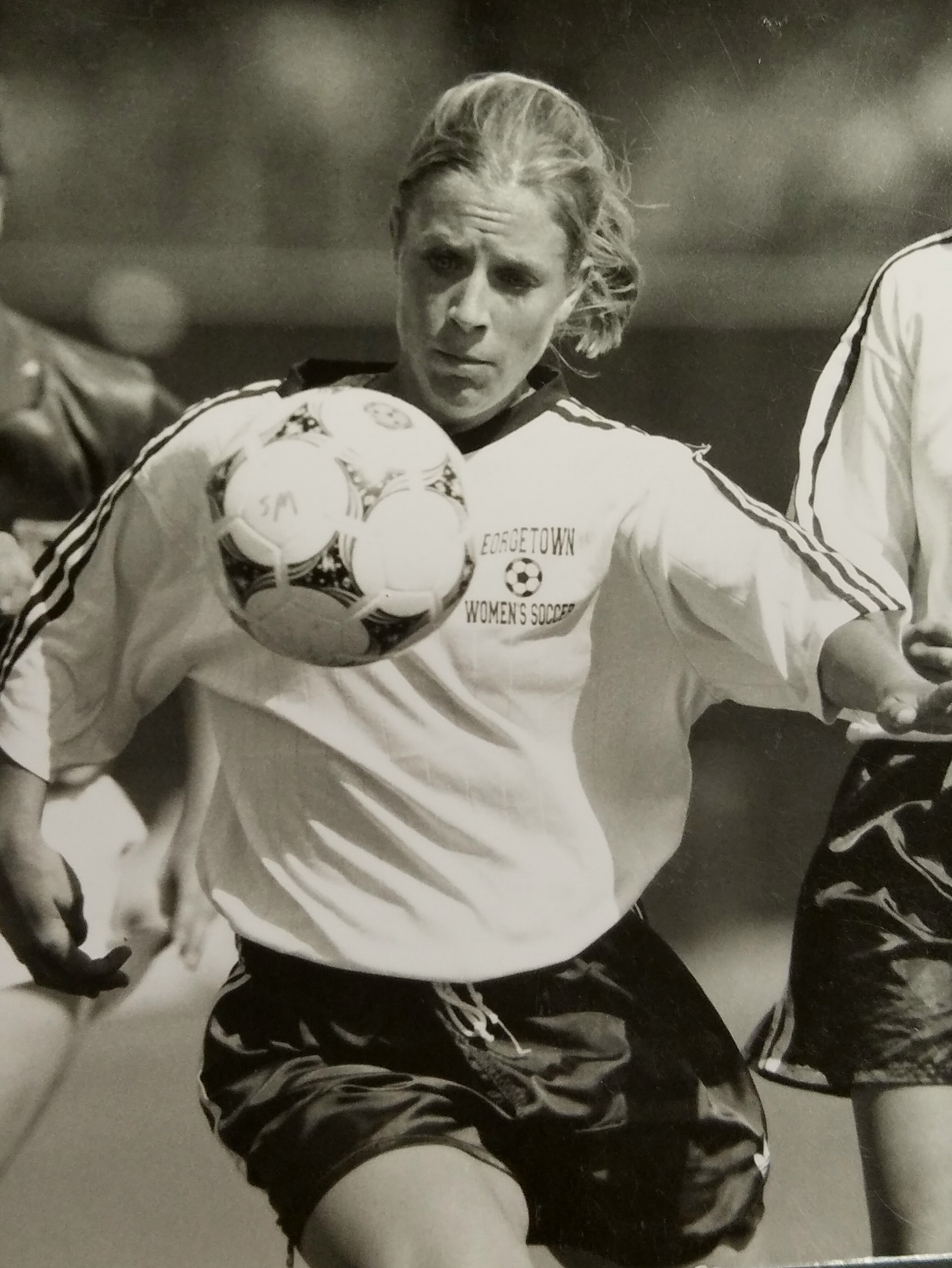 Christina Bruner Sonsire, a standout striker and midfielder for the Georgetown University women’s soccer team from 1994 to 1997, will be the first women’s soccer player inducted into the university’s Hall of Fame in February.

Christina Sonsire of the Ziff Law Firm has been named to the Georgetown University Hall of Fame, the first women’s soccer player selected for the honor by the Washington, D.C., university. 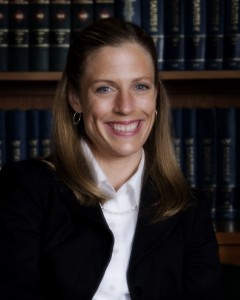 Christina, who was then Christina Bruner, was a gritty striker and midfielder for the Georgetown University women’s soccer team from 1994 to 1997 while she earned a bachelor’s degree in Classics and International Relations in 1998. The medical malpractice lawyer went on to earn a law degree at the University of Montana.

Christina, the soccer team captain and a four-year starter, graduated as the team’s all-time leader in goals, assists, and total points. She held those records until 2009 and is currently ranked sixth all-time in goals scored (26), sixth in assists (18) and sixth in points scored (70) at Georgetown.

“I am so proud to have been a part of this fantastic program,” Christina said. “It is one of the greatest honors of my life.”

Christina and seven other Hoya sports luminaries will be inducted on Feb. 11 into the Georgetown Athletic Hall of Fame during halftime of the Georgetown-Marquette University men’s basketball game at the Verizon Center in Washington, D.C. There is a black-tie reception for the inductees after the game on the Georgetown campus.

“I never imagined something like this would happen,” she said. “It feels like an honor not just for me, but for all of my Georgetown teammates and the things we accomplished on the field together. Having the chance to take my daughters (Laurel, 7, and Noelle, 4) to a ceremony like this is one of the greatest gifts I could ever imagine. Hopefully it is something they will always remember.”

Part of the Hall of Fame induction involves a trip to Washington this coming weekend (Dec. 2-4) to meet with other inductees and have dinner with the university athletic director.

Christina is thrilled not only about the weekend events, but also because she will be on campus while her former team competes in the NCAA Division 1 College Cup in San Jose, Calif. Georgetown plays the University of Southern California in a national semifinal at 7:30 p.m. EST Friday, which follows the West Virginia-North Carolina semifinal at 5 p.m. EST. The Division I championship game is at 6 p.m. EST Sunday.

“I am thrilled for all of the current players and coaching staff. Making it through to the Final Four is an amazing accomplishment,” she said. “It is going to be so exciting to be able to watch the games on campus with the current students, and be able to include my daughters in such a historic event.”

Christina has also been inducted into the Halls of Fame for Notre Dame High School, Chemung County, and Section 4 for her scoring prowess as a high school player. Christina was coached by Steve Weber at Notre Dame, who remains the girls soccer coach. She was the all-time leading scorer in the former Southern Tier Athletic Conference, and played in the Olympic Development Program as well as in the Empire State Games.

Christina has coached in the Chemung Valley Soccer Association and Soaring Capital Soccer Club, and currently coaches a 7-and-under Ziff Law team in CVSA. Daughter Laurel, 7, is following mom’s example, and daughter Noelle, 4, can’t wait to get started. For now, with children to raise with husband Damian Sonsire, she is happy to get her kicks as a coach. She has worked with a core of children for more than two years.

“There is no greater joy that watching these young players develop,” she said. “They have grown so much, not just as players but as teammates, competitors, and young people. Coaching is one of the things I enjoy doing most.” 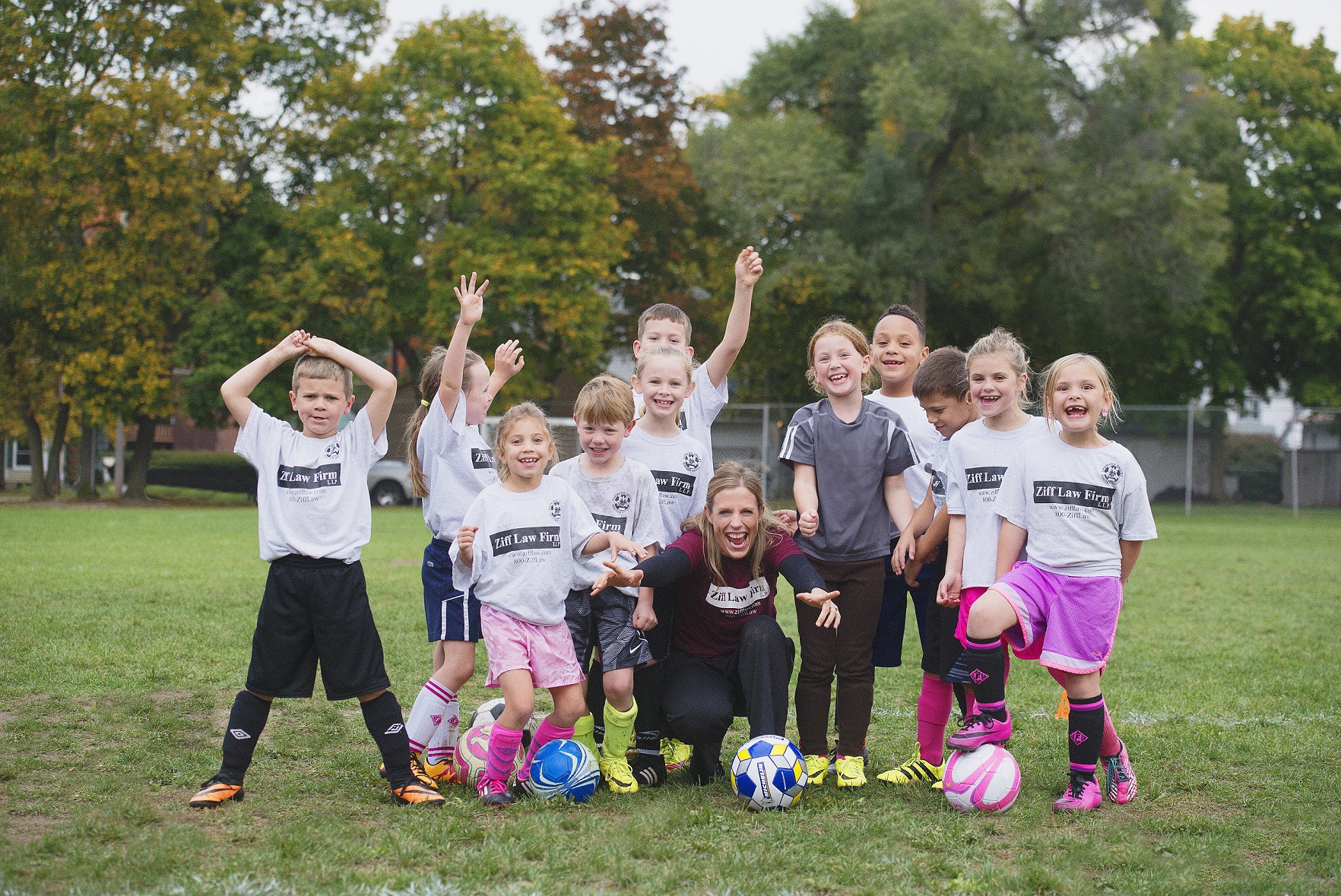 Thanks for reading and congratulations Christina!