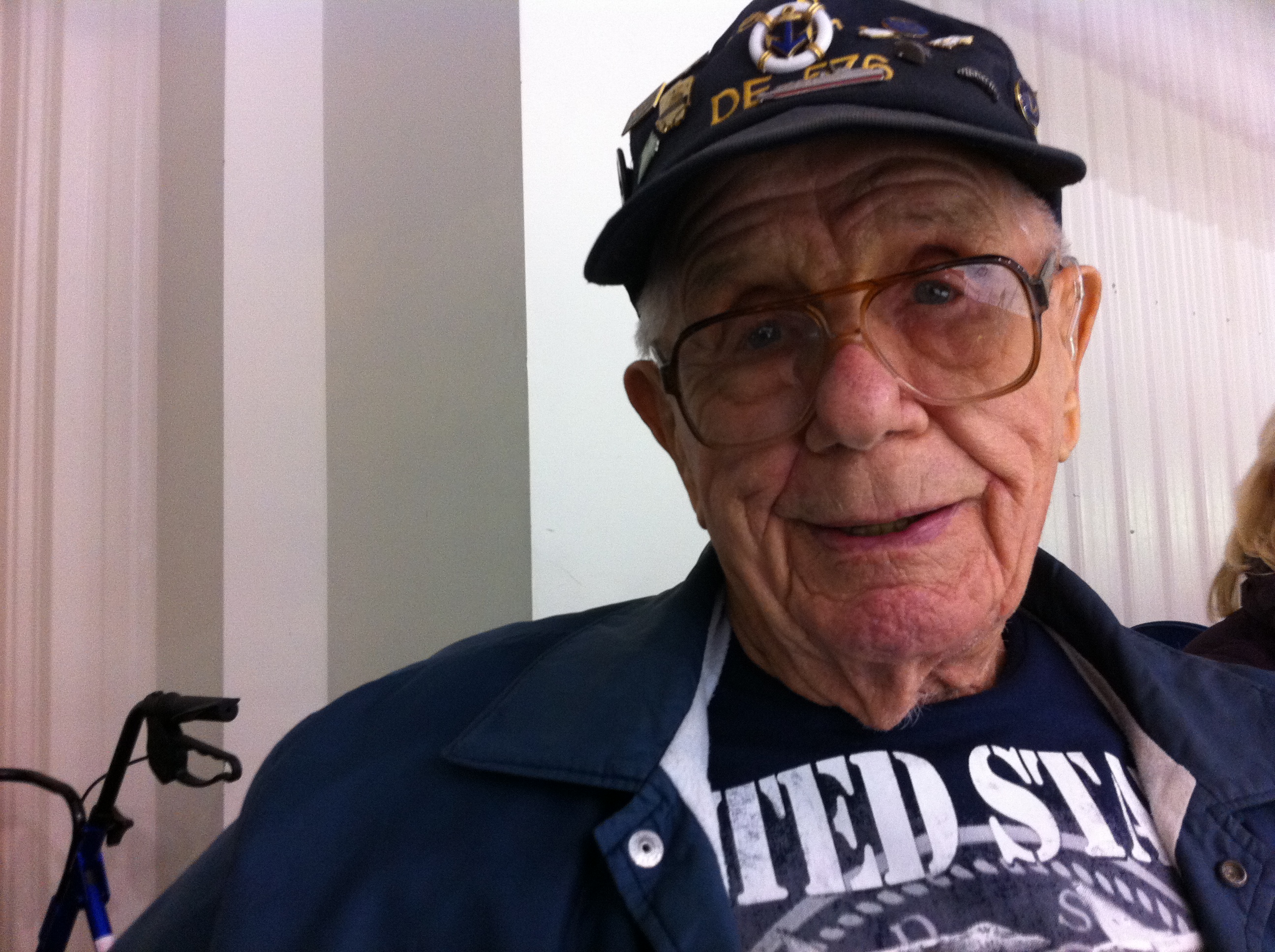 World War II veteran Ned Marrow of Horseheads was one of our Veterans of the Game last season.

Ned Marrow is one of our unsung heroes. Last December, the Ziff Law Firm honored the World War II veteran for his service during the war, and now we are looking forward to honoring more local military veterans.

This fall and winter, we will once again honor our veterans during all Elmira Jackals home games, and we need your help!

We are seeking nominations from the community for the 2012-2013 season at First Arena.

Twin Tiers residents can nominate male or female veterans and active-duty personnel who are home on leave by going here or by calling 607-733-8866 and asking for Annette Viselli Thorne at ext. 218.

One veteran is honored at each home game. Those selected for Ziff’s Veteran of the Game program receive four free tickets to a game. During the game, the public-address announcer introduces the veteran and reads a short biography of their military service, and then Jackals fans salute the veteran with a big cheer.

The Elmira Jackals’ first home game is Oct. 12 against the Reading Royals. The season continues through March 2013.

More than 100 veterans were honored by the Ziff Law Firm and Jackals fans during the last three seasons, including our friend Ned, of Horseheads, who received a rousing ovation when he was introduced during a game. Jackals fans thanked the 89-year-old Navy veteran for his service aboard the USS Barr, which was torpedoed by a German U-boat.

The Ziff Law Firm is very proud to sponsor this opportunity for veterans to be publicly thanked for their service. We can’t imagine more deserving recipients of our thanks.

Please take a moment to nominate someone you know and let your friends and neighbors in Elmira, Corning and the Twin Tiers say thank you at First Arena!