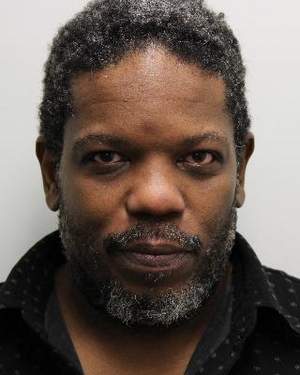 An Elmira man who witnessed the horrific crash last March in Bradford County that killed a former Chemung County couple gave heartbreaking details of the first moments after the crash Wednesday in a District Court in Troy.

I was in the courtroom for the testimony of Anthony Amentler, who told the court about finding the three injured sons of Ryan and Karen English crying in their crumpled car, and a beer can falling out of the back seat of the car driven by Roegester Grays of Lawrenceville, who has been charged with DUI Homicide and many other charges in the March 1 accident that has devastated the families of Ryan and Karen and their hundreds of friends.

Read the Star-Gazette story about the testimony here.

Our law firm is representing the estate of Karen English and their three children. This is one of the saddest and most tragic cases I have ever been involved with. It is cases like this that make me proud to be a lawyer.

State police said Grays, driving a 2004 Chevrolet Avalanche, crossed the center line on state Route 328 in Wells Township, near the New York-Pennsylvania border, and struck a 2012 Chevrolet Suburban driven by Ryan English, 35. Ryan and Karen, 32, were killed instantly in the head-on crash. The Englishes had recently moved to the Williamsport area and were returning home to visit family in the Elmira area when the crash happened.

Grays is facing the following charges:

“I knew something good wasn’t going to happen, so I locked up my brakes,” Amentler said.

The English vehicle landed on its roof in a ditch and Grays’ vehicle spun and stopped on the right side of the road.

Amentler testified that he drove past the accident scene and parked, then went to check on the English boys crying in the vehicle. He called out to Ryan and Karen English but they did not respond.

When Amentler checked on Grays, a beer can fell out of the back seat but Grays appeared to be OK. Amentler said he did not know whether the can was empty or full.

A state trooper who interviewed Grays at Arnot Ogden Medical Center in Elmira said he detected the scent of alcohol on Grays’ breath and arrested Grays, who agreed to have his blood tested.

Blood test results showed Grays had .065 percent blood-alcohol content at 9:20 p.m., about four hours after the accident. The legal limit for driving is .08 percent.

Troopers also found a prescription muscle relaxer pill and an unsmoked marijuana cigarette in Grays’ vehicle, and Grays told authorities he also takes a blood thinner, according to testimony.

Grays has a history of convictions for alcohol-related driving offenses in New York and Pennsylvania. Most recently, he was indicted In April by a Chemung County grand jury on two felony counts of Operation of a Motor Vehicle While Under the Influence of Alcohol and one count each of first-degree Aggravated Unlicensed Operation of a Motor Vehicle and seventh-degree Criminal Possession of a Controlled Substance.

When the crash occurred, Grays was free on bail on a charge of driving while intoxicated in Chemung County, Grays testified. One of the conditions of the bail was that he not drink alcohol, he testified.

Judge Jonathan Wilcox ordered no reduction in bail for Grays, which is set at $200,000. “My issue is the defendant has a severe drinking problem that we can’t control,” Wilcox said, according to the Star-Gazette, noting that there could be a public safety problem if Grays were to get out on bail.

Grays is next scheduled to appear on Oct. 28 in Bradford County Court.

Anyone with any information to share about the crash or Grays’ whereabouts on the day of the crash is urged to call me at the Ziff Law Firm (607-733-8866), where there is a 24-hour answer service.