Twin Tiers Drivers, Have You Heard Of The “Move Over” Law? 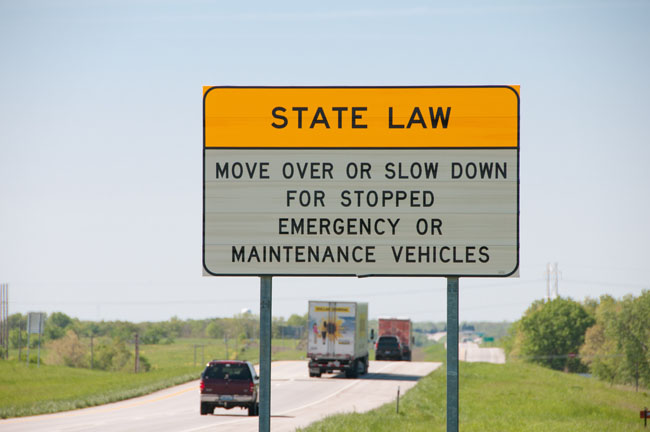 I recently received a message from a Twin Tiers resident after a friend of hers received a $300 ticket on a New York State highway for allegedly violating the state’s “Move Over” law.

The woman said her friend slowed down as she passed a police car, which was stopped with flashing lights. The officer was helping a motorist with a disabled vehicle.

Shortly after that, an officer pulled over her friend and informed her about the law and told her she always needs to slow down AND move to the passing lane. The woman who wrote the note to me said she had never heard of the law, and neither had any of her friends.

She suggested I warn our blog readers, and I thought that was a great idea!

I hope this story opens the eyes of many Twin Tiers drivers who were not aware of the law, and serves as a stark reminder to those who have heard of the law but did not know the specifics.

The Ambrose-Searles Move Over Law, which went into effect on Jan. 1, 2011, is named in honor of New York State Trooper Robert W. Ambrose and Onondaga County Deputy Sheriff Glenn Matthew Searles, who were killed by vehicles while helping motorists. The law is designed to protect law enforcement and emergency workers.

In 2012, the law was amended to include tow and service-vehicle operators.

When approaching these vehicles that are stopped, parked or standing on the shoulder, drivers are required to:

Read the full text of the law here.

The penalties are stiff:

It’s a moving violation and three points on your license. (It was two points in 2011, but increased to three points when the law was revised in 2012.)

If you have two violations of this law in an 18-month period, the state DMV slaps you with a Driver Assessment Fee, which STARTS at $300 and could go up from there.

So the next time you approach an emergency vehicle or service vehicles helping motorists, SLOW DOWN AND TRY TO GET OVER INTO THE NEXT LANE.

If it’s not possible to get over, give them as much room as you can and go slowly.

Thanks for reading, and take it slow out there!