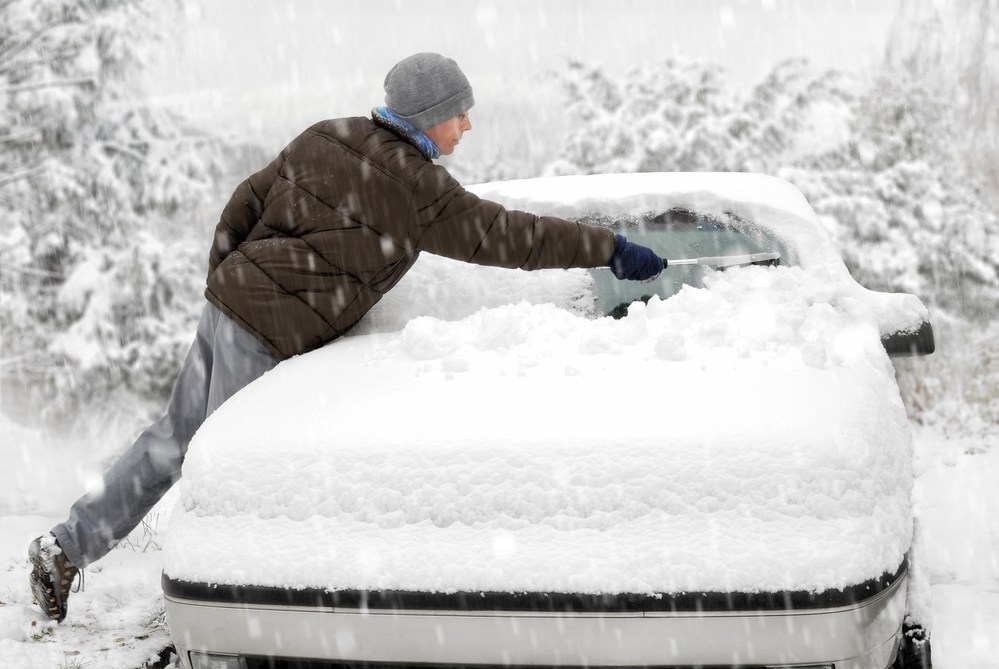 Many of our vehicles are covered with ice and snow from our recent winter storm, and we are about to get hit with more over the next two days.  If we don’t remove that snow and ice before hitting the road it will take to the air, often hitting other vehicles or pedestrians. It’s bad enough when it’s just snow, but given all of the ice we endured recently, it makes those flying snow piles even potentially deadlier weapons.

A Syracuse-area man driving on Interstate 690 said this week that snow and ice that flew off the top of a tractor-trailer smashed the passenger side of his windshield. He was able to pull over safely, but not everyone is that lucky.

“The only way I could describe it is when I saw it, it looked like a giant kite, and it kind of just hung there in the air,” Scott Johnson told the news media. 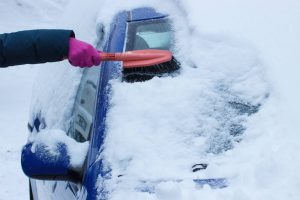 A body shop in Syracuse told the news media it had received at least 60 calls for broken windshields just in one day.

One good rule of thumb when traveling among trucks this time of year: slow down and give them a lot of room, because you never know when snow and ice will be sent flying, especially as the weather warms up.

Also, check your insurance policy and be sure it covers repairs for a shattered windshield.

“What happens quite often is that you’re not aware of who the other person is, whether they’re passing you, you’re passing them, and again, that person may not know that ice came from their vehicle,” said Trooper Jack Keller of the New York State Police.

To protect other motorists – and spare yourself a possible lawsuit if snow and ice off your vehicle causes a crash or damage – consider buying a push broom or snow rake for the top of your vehicle.

In addition to the threat of shattering another driver’s windshield, snow and ice flying off your vehicle can  reduce visibility for other drivers and lead to a crash.

According to AAA, in a 2009 survey, 54 percent of motorists said they never or rarely remove accumulated snow and ice from their vehicles.

New York and Pennsylvania both have laws regarding the removal of snow and ice from vehicles.

No matter where you are, if snow and ice from your vehicle flies off and causes a crash, you could be held responsible for it.

Be a responsible and safe motorist and be sure to remove the snow and ice on your vehicle before turning the key.