Tips for navigating a personal injury claim: Part one: Do you really need to hire an Attorney to handle your case? 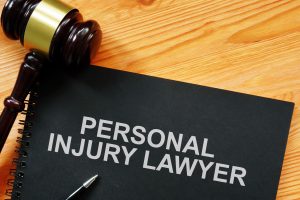 You may be shocked to learn that I often recommend to prospective clients that it is NOT necessary for every person to be represented by a lawyer in every auto accident case.

Quite frankly, in smaller cases where there is only minor damage to your vehicle and in which you have suffered only minor injuries (for example bumps and bruises that quickly heal), you might be better off handling your own case.

Why do I make this recommendation?  Because in these smaller cases, by the time you pay attorney’s fees and costs, it may leave little or no money for you.  Clearly, that is not fair to you and accordingly, I have often advised people in this situation as to how they can best represent themselves.

On the other hand, I tell folks that people who hire a lawyer for their injury claim generally recover larger settlements. A nationwide study by the Insurance Research Council involving a consumer panel survey of auto accident victims found that people represented by attorneys recovered 300% more than people who were not represented by an attorney. After the deduction of the usual 1/3rd attorney’s fee, represented people took home 200% more even after their attorney was paid.

However, before going any further, I want to make one very important point:

You should never, ever, sign away your rights following a car crash until you are absolutely certain that you know the full extent of your injuries. You must also be certain about any future medical treatments you may require.

Many insurance companies have become very aggressive in approaching people shortly after an accident. They try to convince them that they should sign off on their rights at a time when these folks simply don’t know the full extent and duration of their injuries.

Having represented injured people for more than twenty years, I can tell you that in the first few weeks and even the first few months following a collision, it is virtually impossible for anyone to know whether their injuries are going to be serious or have lasting effects.

Over the years, I have seen many people who initially felt that they were just “shook up” after a crash and who have ended up requiring several surgeries. What they thought was merely a minor injury got progressively worse and worse, requiring major medical care.

Remember, if you sign away your rights, you are signing away any claims you might have had for all time!

In other words, you have just one bite at the apple.  Accordingly, it is crucial that you be careful before signing any documents that might come back to haunt you later.

The day you were injured, you entered a war zone.

Insurance companies and some in the government have declared war on injured people and their attorneys. They have waged the war in the media and their propaganda has had a tremendous effect on juries and their verdicts. This is called tort reform. The success that the insurance companies have had in tainting the minds of jurors has emboldened them to not offer fair settlements until you prove to them that you are ready, willing, and able to go to trial.

But, you do not need to walk through the war zone alone.

If you sustained injuries in a car crash, the first step in protecting your legal rights is to schedule a free consultation with an experienced, New York personal injury lawyer. Contact the Ziff Law Firm now by calling (800) 943-3529 or emailing us at info@zifflaw.com . There is no cost for an initial consultation and case evaluation with a member of our experienced legal team, so call us today to get started.