There’s a lot that can naturally go wrong during even the most routine surgery. But one risk that probably never crossed even the most worry-prone mind is what if your doctor fell asleep while operating!

Doctors deserve a great deal of respect for the responsibilities they shoulder, including long hours. As a medical malpractice and personal injury attorney in New York and Pennsylvania, I advocate for patients who didn’t receive proper medical care or whose doctors were negligent.

The vast majority of physicians, thankfully, are responsible and caring professionals. 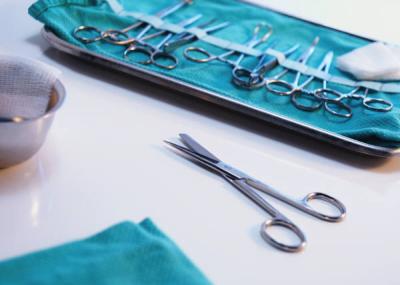 A big, glaring exception may be a Massachusetts surgeon I recently read about on the P.I.S.S.D. (Personal Injury, Social Security Disability) blog by Dallas lawyer Bob Kraft.

Bob posted excerpts from a Boston Globe story about a Dr. Loren J. Borud, who fell asleep during an operation last year.

When Borud arrived for surgery on a Friday morning in June, an operating room nurse noticed he looked tired and “wobbly.” He said he’d been up most of the night working on a book, but wished to proceed with the day’s operations.

During the morning’s second surgery, he actually dozed off. The nurse took him aside and recommended that he take a break, but he refused and returned to the operation. This surgery, a liposuction and scar repair procedure, lasted seven hours, instead of the 90 minutes Borud told the patient it should take.

The patient, Michael J. Hicks, suffered complications and later sued the hospital, six doctors including Borud and two nurses. The case was settled for confidential terms.

Why this case is scarier than one dozy doctor

It’s not just that one doctor didn’t know his limits on one operation. The hospital also had a hand in allowing this doctor to put patients at risk, and a number of factors allowed this doctor to proceed:

This story has two important lessons

One, you should research your doctor’s background. Two, if you can’t get satisfying answers from a hospital about any problems with your medical care, why you need an experienced medical malpractice attorney on your side. Hospitals aren’t eager to disclose the failings of their doctors.