The arrest of an Upstate New York school bus driver for driving drunk should serve as a reminder for all parents in the Twin Tiers that they need to get to know the drivers who transport their children every day. And be sure your children know they can speak up to you if they see the driver acting in an unusual or dangerous manner! 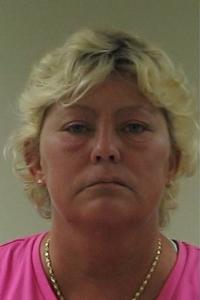 Manon Coyne, of Livingston County, was arrested for driving drunk on July 8 . Her blood-alcohol level was a shocking .24 percent, three times the legal limit, when she was stopped, police said.

Fortunately, police arrested Coyne before she was involved in any accident.

This kind of thing happens too often. I personally handled a case against a local bus driver and the Campbell Savona School District she worked for when she drove a bus full of kids off a road and into a culvert and injured several students.

These types of stories are in the news across the country all too often. It’s up to parents to be vigilant and get to know the bus drivers.

According to news reports in this case:

Parents, you can’t ensure your child’s safety every day, but vigilant parents held reduce the chance that your child will be in an accident with an impaired bus driver.

Thanks for reading, and please check on your school bus drivers when school resumes for your kids.