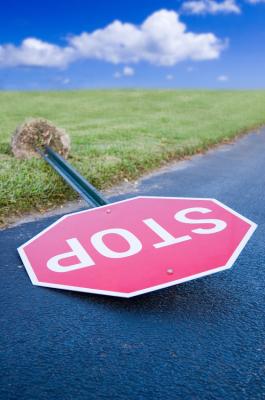 Where do drivers ignore the speed limit? A clue – it’s not a superhighway, the Autobahn or a racetrack.

The place where most of our nation’s traffic fatalities occur is a situation many Twin Tiers drivers see every day: a rural road.

Unfortunately, it’s also a place with a double danger. Not only do most traffic accident deaths happen off the major highways, by their very nature rural roads take emergency services more time to arrive at the scene.

I’ve written about some of the most dangerous roads in the region before on the NY Injury Law Blog. As New York accident lawyers, we have handled WAY too many cases on these roads:

I am revisiting this topic because of a recent USA Today story, “More Motorists Die on Rural Roads” (10/7, Copeland). The story exposes the fact that a majority of the nation’s traffic fatalities occur on rural roads. The National Highway Traffic Safety Administration found that in 2008, 56% of 37,261 traffic deaths occurred on rural roads.

It goes to show that the roads we take for granted as places to play with the rules are riskier than highways. The best solution is to hope that individual drivers take the statistics to heart and drive strategically for the safety of all.

In South Carolina, the state with the highest percentage of rural road accident deaths, lawmakers are making changes – roads are getting rumble strips and an anti drunk-driving task force formed in July aims to cut down the number of alcohol-influenced accidents. I searched for similar rural road safety initiatives in New York and Pennsylvania where I routinely handle car accident lawsuits but I was unable to find a single program devoted to improving the safety of our many rural roads. That’s really too bad…..

There was some good news to the NHTSA report: Overall, traffic accidents are down on all types of roads, across the nation. I think it shows that we can learn from our accidents – and strategies do work to make the roads safer.