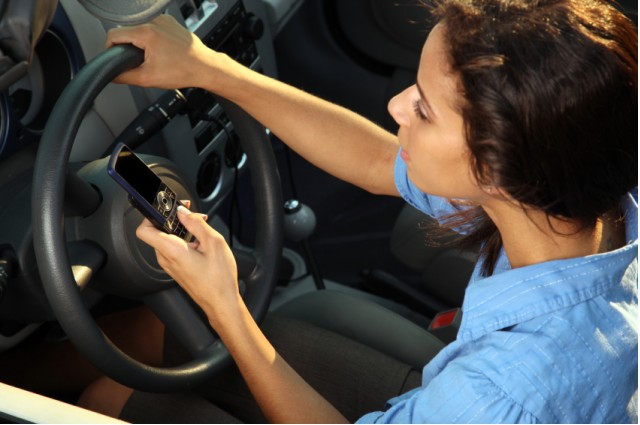 Pennsylvania today becomes the latest state to crack down on distracted drivers.

Finally! Pennsylvania has caught up with New York State and clamped down on distracted driving. Well, some of it anyway. The state has banned texting while driving, BUT it is still legal to use a handheld cell phone behind the wheel!

Starting today, motorists caught trying to send a text message, email, tweet or updating Facebook while driving will face a $50 fine. The state Senate approved a ban on handheld cell phone use last June, but it has not passed the state House yet.

PLEASE contact your local lawmakers and tell them that banning handheld cell phone use is critical, too!

Authorities told The Associated Press that there were 14,000 crashes in the state in 2010 in which distracted driving contributed, including 68 fatalities.

The new law going into effect today prohibits text messaging, instant messaging, e-mail or other written communication composed or received on a wireless device, making it a primary offense, according to the state Department of Transportation.

The law applies to wireless phones, personal digital assistants, smart phones, portable or mobile computers or similar devices that can be used for texting, instant messaging, emailing or browsing the Internet.

The law supersedes and preempts any local ordinances restricting the use of interactive wireless devices by drivers.

“This is a serious problem and we are hoping that we can educate citizens on the danagers of texting while driving and prevent future accidents,” Noonan said. “Ultimately, we hope that our enforcement efforts will create voluntary compliance by the majority of motorists.”

The texting ban does NOT include the use of a GPS device, a system or device that is physically or electronically integrated into the vehicle, or a communications device that is affixed to a mass transit vehicle, bus or school bus.

New York toughened its texting ban last summer when Gov. Andrew Cuomo signed a new law that makes texting while driving a primary offense. The fine for violations is $150.

According to a February story by The Associated Press, the tougher texting while driving law has snared 7,500 motorists in New York since last July, and another 111,000 tickets have been issued to motorists accused of using handheld devices behind the wheel.

The Insurance Institute for Highway Safety has an interesting map of the country showing how state after state has cracked down on distracted driving!

I hope the crackdown in Pennsylvania will serve as a reminder to drivers in Elmira and Corning, too, that distracted driving is dangerous — and could be costly to those who are caught!