Our Highways Could Get More Dangerous As Truckers Fight To Relax Time-Off Rules, Says NY and PA Truck Crash Lawyer

It’s the summer travel season, so more people are on our highways and interstates, raising the risk level for all motorists. Now our roads could soon become even more dangerous as the Trump administration weighs easing truck drivers’ driving-time rules, thanks to a successful lobbying effort by truckers and the trucking industry, according to a new story by The Associated Press.

Truck driver fatigue has been a factor in many of the truck crash cases I have handled, so if the rules are changed and truckers can work longer without time off, as expected, that’s going to be bad news for the rest of us sharing the road with these multi-ton, high-speed danger zones.

The rules, established in the 1930s, don’t let long-haul truckers drive more than 11 hours in a 14-hour period, and the truckers must have 10 straight hours off work before the next 11-hour clock starts running. Drivers are also required to take a 30-minute break every time they drive more than eight hours. The rules are enforced by the Federal Motor Carrier Safety Administration (FMCSA), part of the federal Department of Transportation.

The proposed changes have not been released and are being reviewed by the White House Office of Management and Budget, according to the AP.

Cathy Chase, president of Advocates for Highway and Auto Safety, an alliance of insurance companies and consumer, public health and safety groups, opposes deregulation. She told the AP that the hours of service requirements are already “exceedingly liberal in our estimation.”

But the Owner-Operator Independent Drivers Association, which represents small business truckers, told the AP that the rules don’t align with the tasks facing most of their members. Congested traffic, bad weather, and long cargo waits keep them off the road during their 14-hour work windows, pushing them to drive faster, according to the AP. 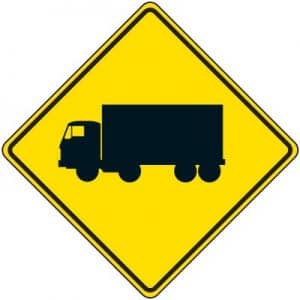 A recent report from the FMCSA showed there 4,657 large trucks involved in fatal crashes in 2017 in the United States, a 10 percent increase from 2016. In those reports, 60 of the truck drivers in the crashes were noted as asleep or fatigued. However, the National Transportation Safety Board (NTSB) said this type of driver impairment is likely underreported to police.

According to the AP, the trucking industry has developed a strong relationship with President Trump, who has made rolling back regulatory oversight a priority.

“First of all, this administration is not as aggressive as the prior,” said Bill Sullivan, the top lobbyist for the powerful American Trucking Associations, told the AP. “Most importantly, the partnership with them has not been as suspicious of industry as in the past.”

But Harry Adler, executive director of the Truck Safety Coalition, has criticized FMCSA for “appeasing industry.” He told the AP that the agency has made the potential rule changes a higher priority than pushing forward with safety technologies, such as software that electronically limits a truck’s speed.