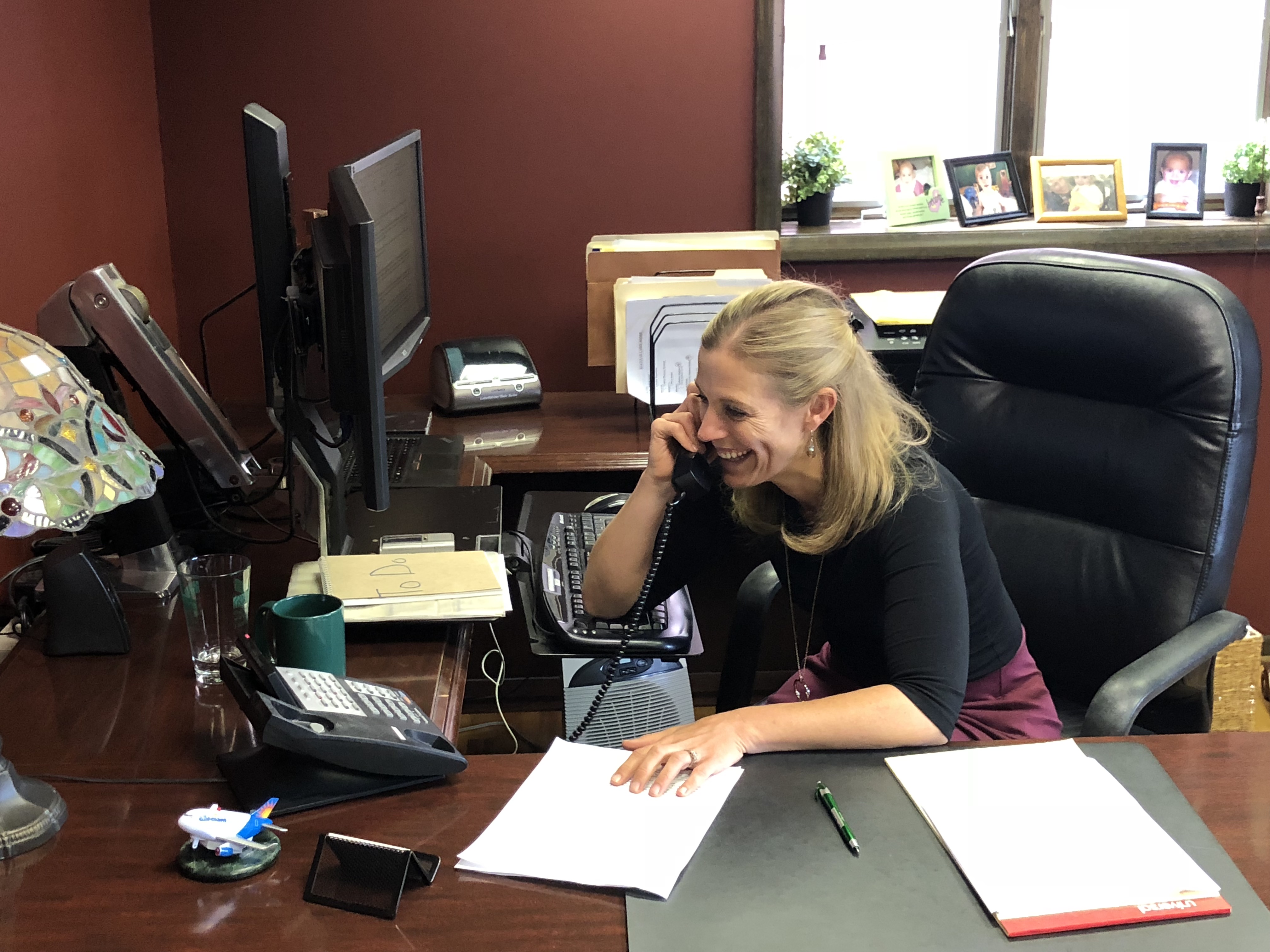 Today was a great day for one of Ziff Law Attorney Christina Sonsire’s clients. A state Appeals Court has overturned a Chemung County Supreme Court judge’s decision to reduce a jury award to an Elmira woman who fell at Highland Hospital in Rochester.

On October 7, 2016, a six-person jury in Chemung County Supreme Court awarded an 83-year-old Elmira woman $550,000 for damages she suffered in a 2013 fall near the entrance to Highland’s Emergency Department.

The Elmira woman fell shortly before 6 a.m. on October 16, 2013, while helping her daughter get into a wheelchair in a parking garage.

“Highland Hospital allowed cement parking stops to be placed inside of a pedestrian walkway that bordered the handicap parking stalls,” said Sonsire, who represented the woman. “The parking stops were the same color as the parking garage floor, and lighting in the area was grossly inadequate. My client – who was told to report to Highland Hospital in the early morning for cancer surgery – was simply walking in a reasonable manner when she tripped.

“As a result, my client suffered a four-part proximal humerus fracture of her left shoulder, leaving her with significant loss of range of motion in the joint. These limitations make it very challenging for her to care for her daughter in the manner she did before the fall.”

Following the trial, Wolford made several motions, including a request that the jury award be reduced because it is excessive.

On March 23, 2017, Judge O’Shea denied all of Wolford’s motions except his request for a verdict reduction. Saying the verdict was excessive, O’Shea reduced the verdict to $225,000 – a decrease of nearly 65 percent.

“We were extremely disappointed by Judge O’Shea’s ruling,” Sonsire said. “The right to a trial by jury is the bedrock of our civil justice system. This type of judicial interference undermines the notion that a trial of one’s peers, rather than an elected judge, will make decisions in cases like this.”

“Under New York law, a trial court can only interfere with a jury verdict if the amount deviates materially from what would be reasonable compensation,” Sonsire said. “The authority of a court to upset a jury’s monetary award should be used sparingly as it infringes upon a person’s right to a trial by jury.

“We knew it was risky to appeal the decision, as there was a chance the Third Department could reduce the verdict even further. However, my client and I both felt so strongly that this type of interference was inappropriate that we were willing to take the risk.”

On May 10, 2018, the Third Department issued a decision reinstating the $550,000 verdict in full. Unpaid judgments grow at a rate of 9 percent per year, meaning the amount Highland Hospital must pay is now close to $625,000.

“This is an occasion where justice truly has been served. My client suffered a serious injury that has a lasting impact on her life. The Third Department showed respect for the men and women who served on the jury by honoring their decision, and it confirmed to all people living in the Southern Tier that their right to a civil trial by jury remains intact.”

Sonsire said the best part, however, was telling her client the great news. “Not much beats making a phone call like that. I think the world of my client and her family, and I know the friendships we created through this litigation will last forever.”