NY Sportsmen Need To Welcome ALL Hunters To Our Woods 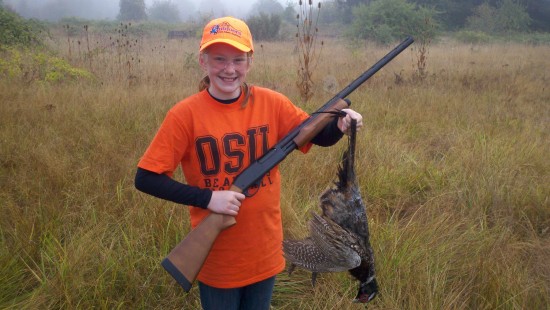 Veteran hunters need to encourage young hunters to head to the woods.

Licenses are now for sale in NY for this fall’s hunting, fishing and trapping seasons, but it looks like crossbow hunters are going to be left out in the cold.

In Albany, the law allowing the use of crossbows in hunting expired at the end of 2012, making it illegal to use it in NY. Some hunting advocates have been fighting for the law to be renewed in Albany, but not much has changed in almost eight months.,

In NY, there will be an increase in the number of doe permits available because of increased deer populations, and that raises an important debate for sportsmen.

Hunting, and deer hunting in particular, is a time-honored tradition in our state that binds together families and generations. Through mismanagement of our wildlife resources and our hunting heritage, the number of hunters in NY continues to drop, which results in an increase in the number of deer and the damage to our crops and cars that results from their increased numbers.

The DEC needs to do everything in its power to increase the number of hunters in the field and to make it easier for older and younger hunters to participate.

For decades, the state resisted the use of rifles in deer hunting. When they finally relented, there was no increase at all in hunting accidents. They have much too slowly — but finally — begun to roll back minimum age limits on hunting to allow kids into the woods at younger than 16, but they need to quicken the pace.

Unfortunately, hunters are their own worst enemy here, as certain groups attempt to protect the portion of the season they feel is theirs.

Bowhunting groups, and I say this as a bowhunter myself, are primarily to blame here, by resisting an early youth gun hunt that would allow kids only to hunt under supervision while it is still warm and before the deer are spooked by open gun season. Early success and a hunt where kids don’t have to battle the cold is the surest way to hook kids on our great sport – before they get hooked on something else and never get in the woods. Crossbows, which were only recently allowed for hunting, were only permitted for use during gun season. Many seniors or folks who have shoulder or back injuries aren’t capable of pulling back a bow anymore, but could still bowhunt with a crossbow – but many bow hunting groups have been vocally opposed to allowing this for their own self-serving reasons.

As sportsman, we should welcome participation in our sport by all ages and by whatever means they are capable of participating. There are plenty of deer and plenty of room in the woods for everyone.