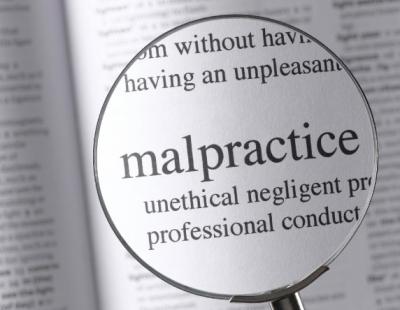 The Elmira Star-Gazette recently published a letter written by my cousin Pat O’Donnell. Although I agree with my cousin on many matters, there are a few on which we differ. One subject on which our opinions vary is tort reform and the cost of health care in America. First, let me share my cousin’s letter, then I’ll explain why I feel I must dispute his argument.

“Most Americans agree we need health care reform. What we do not want is for the government to take over the industry. Start with tort reform. Doctors are paying six-figure checks for malpractice insurance a year, and these figures increase yearly, as do all our premiums. The reason Washington does not want to address this problem is most of them are lawyers (with friends who are lawyers) getting rich on malpractice law suits.

The second problem to tackle is the sale of insurance across state lines (you can buy insurance only from a company within your own state). Open up the lines – its called competition – which in turn make you sharpen your pencil when you quote your goods.

Next – jobs. Unemployment’s hovering around 10 percent; we tried to spend our way out time and time again, but it does not work. Cut taxes across the board. If we Americans have more, we spend more. Consumer spending creates jobs. It’s time we stand up to the corruption once and for all. Maybe its time we elected some people that actually live the life the people now in Washington so want to control.”

To counter Mr. O’Donnell assertions, I can begin with the results of a comprehensive study published by University of Connecticut Law Professor Tom Baker.  He revealed that the cost of all malpractice claims in the United States – including legal fees, insurance costs, and payouts – amounts to less than one-half of 1 percent of all U.S. health care spending.

I’d also like to share this CNN clip of Senator Richard J. Durbin making a strong, compelling argument against the Republican push for malpractice reform:

Simply put, lawsuits are not to blame for our health care system’s deficiencies – they are simply political scapegoats.

According to the Institute of Medicine, 98,000 people die from malpractice each year.  Currently, victims are compensated by negligent doctors’ insurance companies.  By limiting doctors’ exposure to lawsuits, victims will have to look to public entities to cover future medical treatment, lost wages and physical and occupational rehabilitation.

Yes, that’s right– if you limit recoveries in lawsuits, the medical costs will be borne by YOU the taxpayer rather than the medical malpractice insurance carrier!

Although tort reform has the potential to save money – by allowing doctors to save negligible amounts of money in insurance premiums – it is much more likely to lead to increased costs for the rest of us.

As I mentioned, my cousin and I have many opinions in common, but this is a subject on which we diverge. I’m sure Mr. O’Connell will agree with me in an appreciation of a healthy debate!