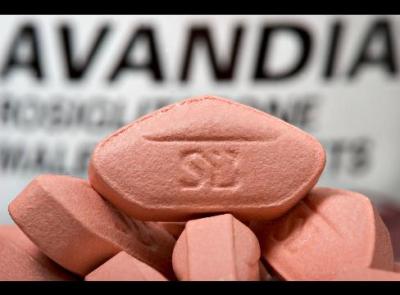 When will these drug manufacturers learn that it is NOT acceptable to keep distributing a drug they KNOW is causing injury and death?

Haven’t they learned anything from the asbestos cases, the Vioxx cases, the Levaquin cases? The bottom line is that they will NOT be able to conceal damaging information forever. In today’s age of free exchange of information, it is becoming more difficult than ever for any manufacturer to keep a lid on problems with their products. In the old days, a heart attack victim in Pennsylvania might know nothing about a heart attack victim in New York, but those days are over. Online communities of patients, doctors and medical researchers can now share their experience with people around the world with just a click of a button.

If this is so obvious to me, why isn’t it obvious to these drug manufacturers who mistakenly believe they can hide the damaging information from the public? Hmmmm, perhaps it is the lure of BIG DOLLARS. The longer you wait to recall a drug can mean millions if not billions of dollars of drug sales.

Heck, why not try to make as much money as possible on a drug before you pull the plug on it? It sure makes business sense but it totally forgets that you are injuring or killing innocent people in exchange for a few more $. Sadly, big business often cares more about profits than people.

A recommendation to manufacturers

Here’s what I would like to tell the companies who have learned that a product they thought was safe but has now been revealed as dangererous: IMMEDIATELY stop distribution of any suspected dangerous product BEFORE more people are permanently injured or killed. Toyota, are you listening?

It appears that Avandia is among the latest drugs to join the “dangerous drug concealed from the public” camp. Avandia, manufactured by GlaxoSmithKline, is a popular diabetes drug. Unfortunately, Avandia has a deadly side effect of drastically increasing the risk of heart attacks and causing liver damage.

A 2007 study in the highly respected New England Journal of Medicine revealed the increased heart attack risks associated with Avandia. CNN did a great video report on the dangers of Avandia and how those dangers were well known to GlaxoSmithKline long before they publicly revealed any information:

Avandia (rosiglitazone maleate) is a GlaxoSmithKline (GSK) drug developed to treat type 2 diabetes mellitus. First approved by the FDA in 1999, the agency reported 8 years later a significant increase in the risk of heart attack in those patients to whom Avandia had been prescribed. And many deaths have been linked to Avandia. More recently, two independent studies showed that bone fractures, particularly in female patients, have been associated with this popular diabetes drug, while a third study has found a link between Avandia and liver failure.

Safety concerns and side effects that have been associated with Avandia include the following:

In addition to these serious side effects, several other risk factors associated with consuming Avandia include: weight gain, cold, cough, headache, inflammation of sinuses, back pain, swelling, fluid retention and cardiac arrest.