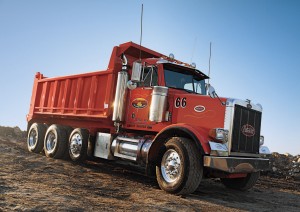 It was just a little more than a month ago that we were writing about the dangers that construction vehicles pose to motorists.  In that blog post (click here for the link), we pointed out the danger and unpredictability of construction vehicles, compounded by the poor visibility inherent in such large vehicles.  The incident that prompted that story was tragic.  A careless dumptruck driver failed to yield the right of way to two sisters and their elderly mother.  The sisters were very seriously injured, but survived.  Their mother did not make it.

Now a second accident has occurred involving a dumptruck.  Little is known at this time, but reports indicate a loaded dumptruck struck a car, which caused a collision with a third vehicle.  The incident is reported to have happened in September 2, 2010 at 6:00 PM in the Village of Riverside, just outside Corning, NY.

The driver of the car struck by the dumptruck was airlifted to Robert Packer Hospital in Sayre, PA  in serious condition.

WETM-TV‘s report on the incident can be found here, and is reproduced below.

Thanks for reading, and stay safe out there!

From WETM-TV:  Corning, N.Y. – It happened shortly after 6 p.m. on Hamilton Road, just outside the Village of Riverside.A dump truck full of dirt struck the passenger side of a car causing extensive damage to the car.  A black pickup truck was also involved in the accident.  Both front seat air backs deployed in the pick up.

State Police say the driver of the car was airlifted to Robert Packer Hospital.  She’s currently in serious condition.

The driver of the pickup truck is in stable condition.

Authorities say the dump truck driver has no injuries.