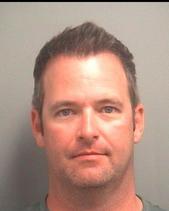 I was within minutes of witnessing a horrific boating accident on Seneca Lake that killed a boater.

Last Saturday night, I took a friend who was visiting from Colorado on the Sunset Cruise on the True Love schooner sailing excursion in Watkins Glen, N.Y.

After a nice dinner, we boarded my boat for the eight-mile trip to my Seneca Lake cottage. We motored north out of the Seneca Lake marina, not knowing that minutes later a tragic collision was to occur when a boat headed south drove into an unlit, concrete seawall.

Schuyler County Sheriff’s depuities said Michael Tangye, 42, of Boynton Beach, Fla., was killed Saturday evening when he was ejected from the boat he was operating when it struck the seawall, according to the Rochester Democrat and Chronicle Newspaper.

Police haven’t said yet whether alcohol played a role in the crash. The investigation continues.

Two veteran boaters told WETM-TV that the concrete seawall is dangerous because it needs more lights.

Doug Viele of Horseheads and John Kizale of Sayre, who say they have been boating on Seneca Lake for 30 years, said they have seen and heard about many accidents at the seawall and are amazed there have not been more fatalities.

“The wall needs some type of lights in the center because it’s a big dark hole,” Kizale told WETM. “It has lights on each end but the middle is totally black and it’s easy to run into. It certainly is dangerous.”

“When it’s dark out, it’s very dangerous,” Viele added. “If you have headlights in your boat, turn them on because you can’t see that wall if you don’t.”

Let this accident serve as a tragic reminder of dangers in the water for all boaters. Let’s be safe out there!