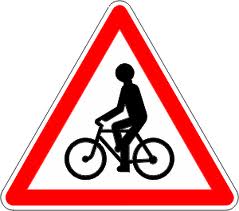 It has happened again.  Yet another person has been struck by a vehicle here in the Twin Tiers.  This incident could be the worst yet, as preliminary reports indicate the driver of the vehicle was drunk.

The incident occurred on Thursday September 23, 2010 on the Old Ithaca Road in Horseheads, New York near its intersection with Ridge Road.  Reports indicate that Joseph Chaffee of Towanda , PA was operating a box truck at approximately 1:40 PM when he was involved in a collision with 17 year old Joseph Schrom.  The exact circumstances of the collision are unclear at this point, but Chaffee was arrested for Aggravated DWI and Vehicular Assault in the First Degree.  The Aggravated DWI charge means that Chaffee’s blood alcohol was greater that .18% at 1:40 in the afternoon!

Elmira’s Star Gazette reported on this incident; you can find the article here.  It is also reproduced in its entirety below.

The confusion as to exactly how this accident occurred that I reference is based upon the Star Gazette article.  The Star Gazette is reporting that  the bicyclist turned into the side of the truck, but that is inconsistent with Chaffee being charged with Vehicular Assault.  In order to charge someone with the portion of the Vehicular Assault charge at play in this incident, Chaffee had to cause serious physical injury to the bicyclist while operating a vehicle while his blood alcohol was greater than .18%.  If Chaffee was drunk, but didn’t do anything to cause the collision with the bicyclist, he could still be charged with Driving While Intoxicated, but wouldn’t be charged with Vehicular Assault.

So based upon the charges, I can only assume that the Star Gazette confused who did what.

Joseph Schrom, the bicyclist,  is reported to have sustained injuries to his leg and pelvis, and was taken to the Arnot Ogden Medical Center where he was listed in stable condition.  Mr. Chaffee was taken where he belongs: the Chemung County Jail.  He is being held there on $4,000.00 bail.

Luckily for Mr. Schrom, he was wearing his bicycle helmet at the time of the collision.  His helmet undoubtedly protected him from further injuries.

Please stay safe out there, and don’t drink and drive.  The next bicyclist may not be as lucky as Joseph Schrom.

FROM THE STAR GAZETTE:

Horseheads A Towanda man was accused of drunken driving and vehicular assault after a Thursday collision injured a Horseheads bicyclist.

State police in Horseheads said Joseph Chaffee, 50, of Rural Route 5, was driving a box truck north on Old Ithaca Road while Joseph Schrom, 17, rode a bicycle north in the shoulder.

Schrom turned the bicycle into the truck near Ridge Road around 1:40 p.m., police said. When police came to the scene, they said, Chaffee had .18 percent or higher blood alcohol content.

Police charged Chaffee with aggravated driving while intoxicated and first-degree vehicular assault. He was arraigned in Horseheads Town Court and remanded to Chemung County Jail in lieu of $4,000 cash bail.