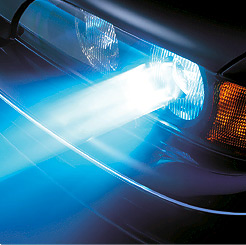 WETM-TV reported on a fatal auto accident on Curtis Cooper Road in Campbell. As described online in “Fatal Car Accident” on WETMTV.com (a copy of the story is pasted below), 46-year-old Holly Hain of Painted Post was killed while out of her car trying to help a calf out of the road. The report says that police said the 17-year-old driver who struck Hain was distracted by Hain’s car’s headlights.

Here’s a note to the 17-year-old driver:  if you are “distracted” by the headlights of another car, SLOW DOWN and BE CAREFUL!

As a NY accident lawyer for 25 years, over and over again, I hear the same lame excuses advanced as an excuse for why an accident occurred:

But give me a break: If the roads are slippery, SLOW DOWN.  If the sun is in your eyes, USE THE VISOR, PUT ON SUNGLASSES OR SLOW DOWN.  If you are tired, pull over and get some rest or let someone else drive.

Sorry folks, but the law REQUIRES each of us to exercise caution to avoid situations that can badly injure or kill.

PS:  A follow-up story by WETM-TV (also pasted below), reported on the many folks in the Campbell Savona community who are mourning the death of Holly Hain who was a beloved teacher in the Campbell-Savona Scho0l District.  Our hearts and prayers go out to the Hain family and their many friends.

Campbell, N.Y. – Mallorey Austin was in disbelief when she learned 46-year-old Holly Hain was killed in a car accident over the weekend.

She met the Campbell-Savona School District teacher more than 15 years ago when she was her physical education teacher.

After graduation the two remained close, and saw each other frequently in the post office where she works.

“I know her husband was her life. i know he was in the military overseas a lot. She was here in the office during the holiday season sometimes 2 or 3 times a week mailing him letters and packages,” said Austin.

Although she was married, Austin says Hain didn’t have any kids.

“I remember asking her one time. I asked, how come you don’t have any kids of your own? And I remember her saying to me, are you kidding me? And she’s like, I’ve had thousand of kids and I’m expecting more any day,” saidAustin.

On Saturday Hain stopped her car on Curtis-Copper Road in Campbell to help a calf.

That’s when state police say a driver was distracted by the headlights of Hain’s car and struck her.

During her tenure Hain worked at both schools within the district.

More recently she worked at the elementary school.

That’s why officials say they had to institute the crisis response plan for both the middle-high school and the elementary school.

“We spent 6 or 7 hours yesterday meeting with a group of about 20 of us to plan staff support, student support and parent support,” said Superintendent Kathy Hagenbuch.

She says they will be providing help for as long as necessary.

State police say they are still investigating the accident.

They say the 17-year-old driver had not been drinking and was not using a cell phone.

Campbell, N.Y. – 46-year-old Holly Hain of Painted Post was killed last night after she was traveling on Curtis Cooper Road in Campbell.

Police said Hain parked her car on the side of the road and got out to help a calf that was wandering on the dark rural highway.

Hain was hit by a 17-year-old who police said was distracted by the headlights of Hain’s parked car.

No criminal charges are anticipated.