The Ziff Law Firm is teaming up with the Elmira Pioneers again this summer to honor a Hometown Hero of the Game for each Pioneers home game from nominations provided by Twin Tiers residents.

Anyone who gives back to their community through their work, actions or volunteer efforts is eligible to become a Hometown Hero 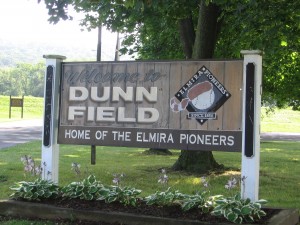 Those selected by the Ziff Law Firm as Hometown Heroes – and up to seven of their family members and friends – will be guests of the law firm at a Pioneers game at Dunn Field, where they will be seated in a specially designated box.

To nominate a Hometown Hero:

The Elmira Pioneers play in the Perfect Game Collegiate Baseball League, a summer league with 10 teams from across New York state. The Pioneers’ season begins June 2 in Albany against the Dutchmen and the first home game is 7 p.m. June 5 against the Adirondack Trail Blazers at Dunn Field. The Pioneers have 25 home games in the regular season, which concludes July 30.

The Ziff Law Firm looks forward to turning the spotlight on people making a difference in our community, said attorney ZiffLaw Attorney of the Ziff Law Firm

“Service to your community, whether through one’s occupation or volunteer work, is as American as baseball and apple pie, so we can’t imagine a better way to thank our Hometown Heroes,” one Ziff Law attorney said. “The Ziff Law Firm feels privileged to sponsor this program and looks forward to meeting our heroes and sharing their stories.”

Elmira Pioneers’ co-owner Don Lewis said part of his dream with the purchase of the team was to give back to his community. “We are proud for our third year as owners to partner with the Ziff Law Firm in hosting the Hometown Heroes program at Historic Dunn Field.”

The Ziff Law Firm has saluted military veterans with its Veteran of the Game honor at each Elmira Jackals hockey game for the last six seasons at First Arena. In that time, almost 250 veterans have been applauded by Jackals fans for their service to our country

“Through our Veterans of the Game program with the Elmira Jackals, we have been so pleased to meet and honor local veterans and give them the recognition they deserve,” said a Ziff Law attorney. “But veterans are not the only people in the community worthy of recognition

“There are everyday heroes in our midst, and these are the folks we’ll be recognizing this summer,” he said. “Our Hometown Heroes could be police officers or firefighters or other emergency workers, or they could be people doing other good work in the community.”