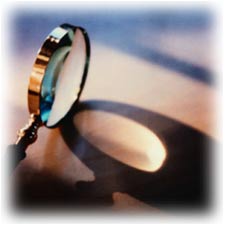 I subscribe to the American Association for Justice News Brief, a daily e-summary of news on issues of interest to trial lawyers. A recent edition contained a summary of a Hearst Newspapers investigation that made some shocking (or not so shocking, if you have been reading the NY Injury Law Blog) revelations about medical errors and cover-ups in the United States.

The Hearst Newspapers’ investigative reports come under the umbrella title of “Dead by Mistake.” The lead article reported the sobering statistic that an estimated 98,000 people a year in the United States die because of preventable medical errors.

Almost 100,000 people a year – more than three times the population of Elmira – die each year because of MISTAKES. The Hearst reports go on to say that “federal analysts believe the rate of medical error is actually increasing.”

Five states were specifically mentioned in the Hearst reports — California, Texas, Washington, Connecticut and NEW YORK. In these states, only only 20 percent of hospitals were participating in two recent national safety campaigns to cut down on medical errors.

CBS News also reported on the Hearst “Dead by Mistake” series – in a CBS Morning Show segment, they outlined these three tips for patients:

The newspaper chain’s investigative reporting led to their conclusion that too many medical errors are owing to failures by the medical community, the federal government and state government. A 2000 federal report, “To Err Is Human: Building a Safer Health System” outlined the ways to cut down on medical errors – but the medical community doesn’t seem to be learning from its mistakes, even when they are deadly.