New Roundabout Opens In Elmira, And City Should Educate Drivers About Safe Navigation 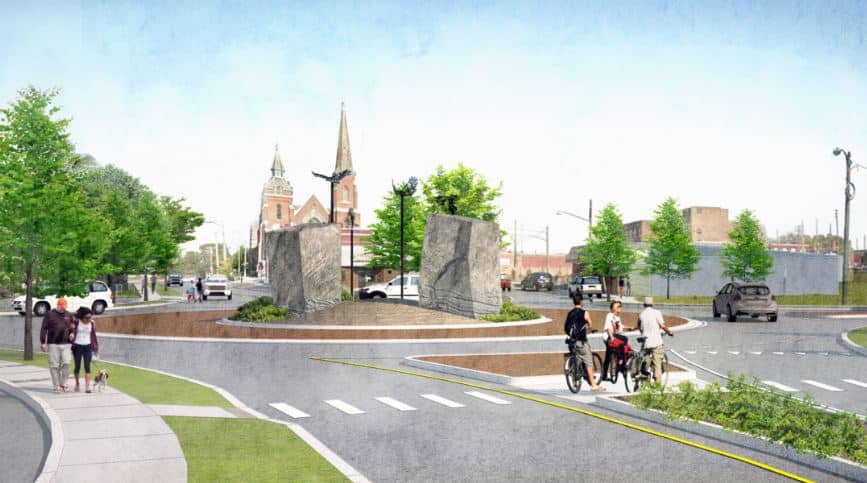 A new artist’s rendering of the Elmira roundabout.

The new Elmira roundabout – called the Elmira Cultural Connector – officially opened this week with a ribbon-cutting. The city did a fantastic job with the project, and coupled with its new artwork and landscape and sidewalk improvements, it’s a big win for downtown’s continued comeback! 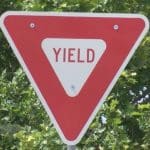 Work started in April on the project that improved an important gateway to our city’s revitalized downtown – North Main Street and Park Place from West Clinton to West Second streets. The new Lake Erie College of Osteopathic Medicine, which is nearly complete and welcomes its first students next summer, is about one block north of the roundabout on Park Place, across from St. Patrick’s Church.

Workers are still completing sidewalk and landscaping projects in the roundabout, but now that the long-anticipated roundabout is fully open, I hope the city helps educate nervous drivers about safely navigating roundabouts. 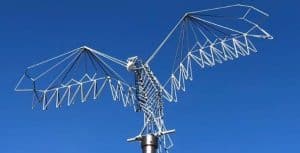 I have heard some residents say they plan to avoid it, I suspect out of fear of the unknown. The two improvised roundabouts on Maple Avenue in the city cannot be compared in quality or navigation to the new roundabout, so the city and its police department should do something soon to help drivers understand the traffic laws in roundabouts.

The center of the roundabout includes rock and wire sculptures created by Twin Tiers artists, including welding artist Barbie Parsons of Erin, who has become known nationally as Barbie the Welder. The center has four large bluestone rocks representing the hills surrounding Elmira. Barbie’s four wire sculptures of predatory birds found nesting along the Chemung River (two ospreys and two bald eagles) are among the bluestones. The special features are lit at night. The art projects were named Chemung River Echoes at the ribbon-cutting on Monday, Nov. 18.

Here are 10 tips and facts about roundabouts that will help drivers navigate safely: