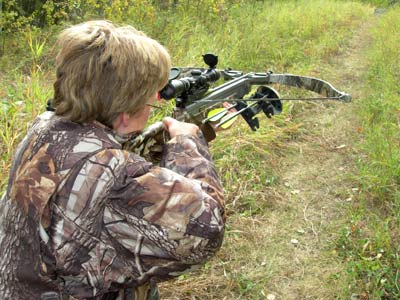 Crossbow hunters may be able to resume hunting in New York State as soon as this fall now that the new state budget, which was recently approved, legalizes the use of crossbows for hunting small and big game.

Now the state Department of Environmental Conservation will regulate their use. Crossbow hunting will be approved, except on Long Island and Westchester County, for hunters 14 years of age or older.

The DEC will write new regulations and hold a public comment period, then after considering the comments, the DEC will finalize the regulations.

According to news reports here and here:

New York Bowhunters Inc., a bowhunting group that’s pushed hard to keep crossbows out of the archery season, has said it believes a crossbow is not a bow and is closer to a firearm.

But Rick McDermott of Pulaski, chairman of the New York Crossbow Coalition said the legislation came out the way it did was the result of a strong grassroots effort by Upstate supporters and compromise among the state’s lawmakers. The governor’s support was also a big plus.

“What happened is we were able to convince enough people Upstate to talk to their legislators, who in turn made a request to Assembly Speaker Sheldon Silver that there should be something in the budget for crossbows – at the very least some kind of compromise,” McDermott said.