Mistakes to Avoid After a Traffic Collision 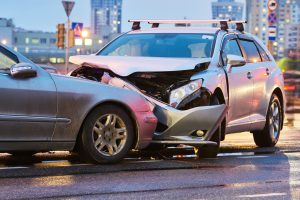 Mistakes to Avoid After a Traffic Collision

Saying You’re Fine When You Aren’t

Once you get out of your vehicle and start speaking with the other driver(s), it’s likely that your adrenaline is pumping. During this time, it can be easy not to take notice of any pain or restricted movement of your body.

However, it’s important to truly assess your body for injuries or pain. Never tell that other driver that you’re fine if you have any pain or visible injuries as this could hinder you from getting the medical compensation that you need.

Not Calling the Police

Whenever you’re involved in a vehicle collision, it’s best to contact the police. When they arrive, they’ll assess the situation and craft a formal report of the incident. Insurance companies are going to want to see the report to determine which party is responsible for the wreck. You never want to avoid calling the police as you won’t have access to a report to showcase the other driver’s fault.

It’s human nature to want to put others at ease. It’s not uncommon for a person post-collision to talk with the other driver and mention the words, “I’m sorry.” This can be considered an admission of fault on your part. It’s typically best to let the police officer compile their report and submit it to the insurance company so that fault can be determined.

The crash scene won’t remain in its current state for too long. Once the vehicles are removed, there’s likely little to no evidence left behind from the crash. For this reason, it’s so imperative that you utilize the moments after the collision to gather necessary evidence.

Most people carry their smartphones with them. These offer the opportunity to provide video and still photograph evidence. You can record the state of both vehicles, the other driver’s information, and any information from witnesses of the wreck. A good rule of thumb is to gather as much evidence as possible so that you can revert back to it if need be.

Agreeing to a Quick Settlement

Insurance companies are well aware of how expensive auto collisions can be. If they know that their client is at fault for the collision and your resulting injuries, they will likely offer you a quick settlement. In most cases, this settlement amount is going to be well below the overall cost of repairs and ongoing medical bills. It’s best to consult an attorney before ever agreeing to a fast settlement for a car crash.

The moments after a vehicle wreck happens are the most precious to ensuring your financial and medical well-being going into the future. Do your best to avoid the mistakes above as they could ruin your chances for optimal compensation.