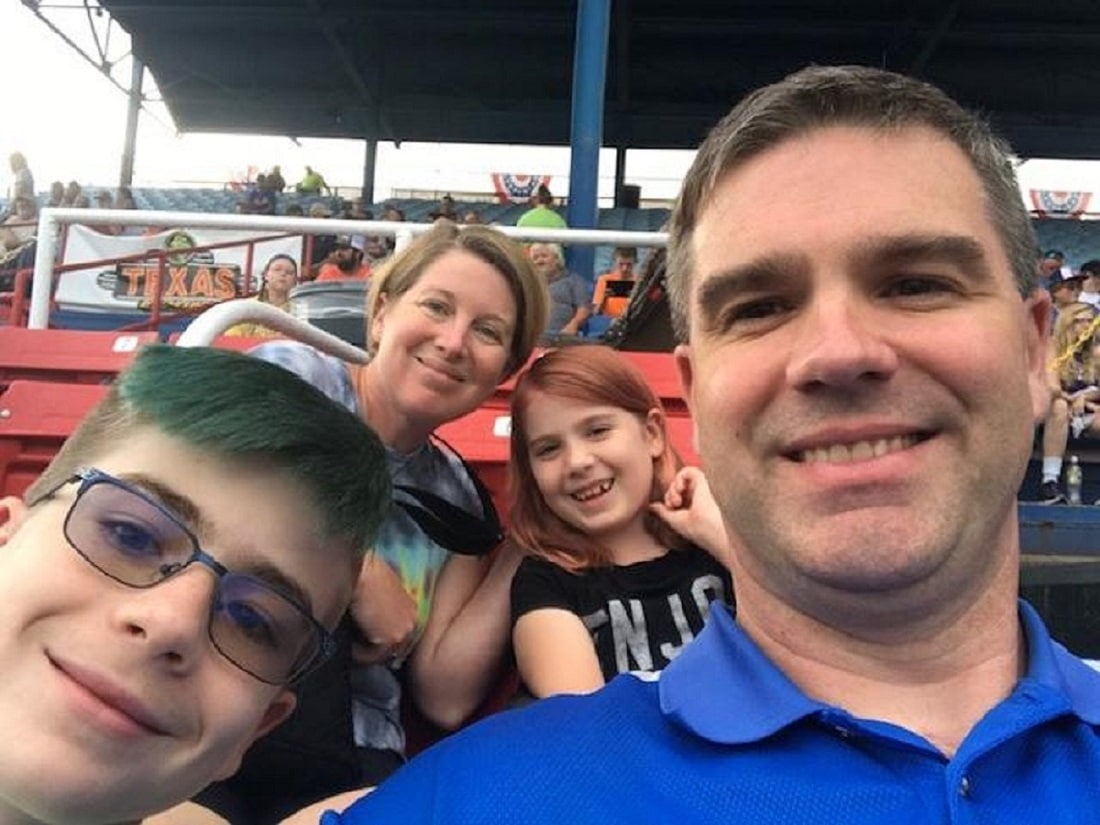 Lt. Col. Rob Taber, wife Shannon, and their children were at Dunn Field Saturday so Rob could be honored as a Veteran of the Game.

Elmira Pioneers fans who attended Saturday night’s game at Dunn Field saw some great baseball and had a lucky bonus – they were introduced to an American hero on July 4th weekend!

Lt. Col. Rob Taber, an active-duty Army officer, was honored as the Veteran of the Game Saturday night as the Pioneers defeated Team Canada, 15-5. The Ziff Law Firm sponsors the Veteran of the Game program, which honors veterans and active-duty military members home on leave in the Twin Tiers, during games at Dunn Field and at Mansfield Destroyers games in the Northern Tier.

Lt . Col. Taber, wife Shannon, and their children attended the game and were honored by the crowd during the game when the public address announcer read Taber’s impressive military biography:

Taber, a native of Bentley Creek, PA, was commissioned in 2000 as a field artillery officer and his first assignment was with the First Infantry Division in Germany.

In 2004, while deployed in Iraq, Taber was seriously wounded when his vehicle rolled over. He was treated for two years at Walter Reed National Military Medical Center in Bethesda, Maryland.

He returned to service in 2007 in Arizona, and since then, he has served as a military intelligence officer in many locations, including Texas, Washington, D.C., and England.

Taber and his family are stationed at the U.S. Army Training and Doctrine Command Headquarters in Fort Eustis, Virginia.

The Ziff Law Firm would like to thank Lt. Col. Taber for his service to our country, and thank his family for the sacrifices they have made so Rob can serve.

The Ziff Law Firm would also like to thank the Taber family for volunteering to be a part of our Veteran of the Game program and sharing their story with fans at Dunn Field.

You can learn more about the Veteran of the Game program and make a nomination here.

Our thanks to all veterans, active-duty military personnel, and their families!