Research: Medical Malpractice Payouts NOT on the Rise 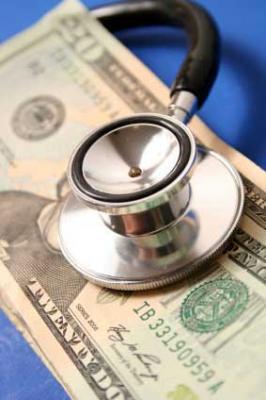 Two new independent studies point out the truth that doctors and health care lobbyists are careful to ignore in their rhetoric about malpractice lawsuits: Settlement values are DECREASING, NOT increasing, in medical malpractice cases.

The New York Public Interest Research Group recently found that “the amount of money paid for malpractice claims in New York has actually fallen in recent years, and that the number of overall claims has remained ‘remarkably stable.’ ” You can read the study, “Contraindication: New York’s Medical Malpractice Insurance Hikes are Contrary to Payment Trends,” here.

Another study, “Medical Malpractice Payments Hit Record Lows,” released by Public Citizen, an independent government watchdog group, reinforces the findings by the NYPIRG. Public Citizen compared information about medical malpractice payments and patient safety estimates. They found that although medical malpractice payments were at or near record lows in 2008, the low payout was not caused by fewer claims.

These two studies bring to light a shocking fact: medical malpractice is occurring at the same rate, but victims are not receiving as much compensation.

In 1990, the federal government established the National Practitioner Data Bank. In 2008, for the third straight year, medical malpractice payments declined – to their lowest level EVER. The 11,037 payments in 2008 were 30.7 percent lower than the average number of payments recorded by the NPDB in all previous years.

According to Public Citizen, “the cost of the medical malpractice liability system – if measured broadly by adding all malpractice insurance premiums – fell to less than 0.6 percent of the $2.1 trillion in total national health care costs in 2006, the most recent year for which the necessary data to make such comparisons are available.”

That’s right. For all the griping you may hear from the medical profession about the high cost of malpractice insurance and payouts, the numbers don’t lie. Less than 1% of health care costs go to dealing with medical malpractice.

As a personal injury and medical malpractice attorney, there’s another study I would like to see the results of: How many patients suffer avoidable injuries compared to how many actually bring a lawsuit?

According to Public Citizen, reprinted at Consumer Affairs.com, “Medical malpractice is so common, and litigation over it so rare, that between three and seven Americans die from medical errors for every one who receives a payment for any malpractice claim.”