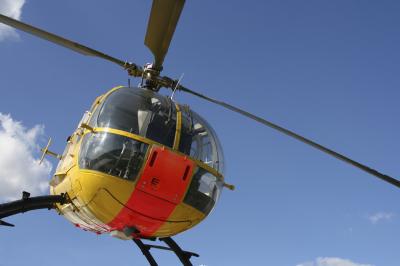 Saving the environment shouldn’t be so risky. The Binghamton Press & Sun Bulletin reported Wednesday that a car struck a bicyclist in Ithaca – with serious consequences for the bicyclist.

The collision happened at about 6 a.m. at the intersection of North Fulton and West Buffalo streets.

The car’s driver, Juan Sanchez of Horseheads, was ticketed by Ithaca Police for operating an uninspected vehicle and for failure to use care to avoid a bicyclist.

The bicyclist is in the hospital. His injuries were so serious he had to be flown to Robert Packer Hospital in Sayre.

I’m an avid bicyclist myself and a member of the Big Horn Velo Club. Our sister club to the North in Ithaca, the Finger Lakes Cycling Club (FLCC), members were buzzing this morning about the accident and their descriptions sounded horrible. The bike was unrecognizable, one member said. Another said that he knew the victim, Greg Laurey, and that he was in bad shape, with many broken bones and a concussion. “Stable,” his announced condition, sounds better than some diagnoses, but it’s a long way from being OK.

I made the opening comment about the environment because I’ve heard from FLCC members that this rider was making his morning commute to work. The poor guy was trying to do the right thing, saving the environment by commuting by bike to work and he gets crushed by a guy recklessly driving an uninspected vehicle. Please keep him in your thoughts today and as he starts recovery.

The Press & Sun Bulletin article ended with the information that Ithaca Police are investigating the accident and are hoping to witnesses will come forward. If you were there, or know someone who was, call the Ithaca Police Department at (607) 272-9973.

My best wishes to the injured cyclist and his family.