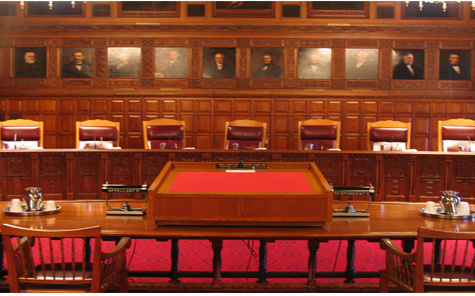 Christina Sonsire called Sept. 12 “one of the most interesting and inspiring days in my legal career.” That was the day our Ziff Law attorney and 11 of the other top trial lawyers in the state interviewed seven candidates for the New York State Court of Appeals, the top court in the state, in Albany,

“The finalists were so intellectually outsanding that at times we were almost in awe of their answers,” Christina said. 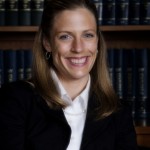 The panel of trial lawyers, assembled by the New York State Academy of Trial Lawyers, advised Gov. Andrew Cuomo on his selection of a new justice following the day of interviews Friday.

Beyond respect for the great judicial minds, Christina also brought home some lessons that helped her immediately in her practice.

“Several candidates were sitting appellate-level judges, and listening to them talk about what is most persuasive to them or what they look for in cases when they are deciding appeals was incredibly helpful,” she said. “I was coming back to the office to write an appeal on a case and the discussion is very much on my mind as I begin to draft it.”

She sees similarities in working with juries and appellate judges.

“Appellate work is very similar. Instead of a jury, you have a panel of appellate judges, and you have to give them enough facts and be as persuasive as you can so they fight for your client when the sit together to decide the case.”

Lawyers across the state have taken note of Christina’s skill as a trial lawyer. Christina is a member of the board of the New York State Academy of Trial Lawyers and was appointed to the judicial panel by Academy Executive Director Michelle J. Stern.

Christina was selected because of her strong record as a plaintiffs’ attorney, primarily in medical malpractice cases. She has also lectured extensively across the state.

And Christina was the ONLY trial lawyer on the panel chosen to represent the Elmira, Corning, Ithaca and Binghamton region.

The state Commission on Judicial Nomination announced the judicial finalists in a letter to Cuomo on Sept. 3. Cuomo then asked the Academy and other state bar associations to screen the candidates and make a recommendation.

Cuomo is expected to soon announce his selection.

The committee will meet again later in the fall to interview candidates for another position soon to open on the top court.

“It was a great honor to be named to this committee and meet so many professionals with great legal experience. I am sure every time I go to Albany for a meeting, I will come back with new ideas and strategies that will help my clients at Ziff Law.”