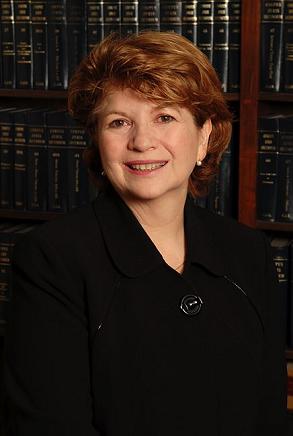 Sometimes it is easy to forget all the good that is accomplished by lawsuits.  Seatbelts, airbags, fire retardant pajamas, safer workplaces, safer cars, safer roads….the list goes on and on…..our lives made safer as a direct result of lawsuits.

Sometimes we need a reminder and this week, two Upstate N.Y. newspapers published two excellent articles on this very issue.

Leslie Kelmachter, the president of the New York State Trial Lawyers Association made an impassioned and powerful defense of the power of lawsuits in two newspapers this month.

In the Aug. 11 Ithaca Journal, Leslie Kelmachter, argued in an op-ed that “eliminating workplace protections and punishing victims of negligence and their families” is not the way to stimulate New York’s economy and create jobs. Kelmachter wrote “Lawsuits Are Powerful Way To Get Justice For Consumers” in response to a Guest View the newspaper ran that argued that limiting victims’ rights to access the civil justice system would be good for New Yorkers.

In an Aug. 12 Letter to the Editor of The Buffalo News, Kelmachter again strongly rejected the argument to limit victims’ access. The writer of the Another Voice column said limiting legal access benefits New Yorkers, but Kelmachter correctly pointed out that “eliminating vital protections for workers and consumers only helps big business and hurts average New Yorkers.”

In the Ithaca newspaper, Kelmachter writes about the McDonald’s “Hot Coffee” lawsuit, a case made famous with a great documentary.

The 79-year-old victim’s lawsuit revealed that hundreds of people were burned by coffee that was too hot. The jury found McDonald’s at fault and it stopped making its coffee at dangerous temperatures.

As Kelmachter summarized in the Ithaca newspaper: “Corporations and their front groups, under the friendly sounding banner of ‘tort reform,’ paint the picture that those who want their day in court are abusing the civil justice system. But the trial-by-jury system is the time-honored means by which Americans hold our government and big corporations accountable. Preventable injuries cost all New Yorkers. Protecting workers and consumers makes New York a stronger state.”