INFORMATION UPDATE: CORNING HOSPITAL URGES PATIENTS WHO MAY HAVE BEEN EXPOSED HIV AND HEPATITIS TO CALL 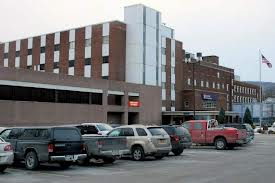 Residents of Chemung, Steuben and Yates counties in upstate New York woke up to scary news this morning.  According to the Star Gazette and news channels WETM and WENY, a nurse at Corning Hospital (a medical facility owned and operated by Guthrie Healthcare System) had been seen re-using single-use saline syringes.  A single-use syringe is a device that is used to flush IV tubing before and after medication is administered to a patient.  They are intended to be used only once before being thrown away.  The re-use of syringes exposes patients to HIV and Hepatitis.

A paralegal in my office was potentially affected by the nurse’s conduct.  Upon contacting Corning Hospital this morning, she was told the following and urged to pass this information on to the community:

Informational packets have been sent and phone calls made to everyone Corning Hospital and Guthrie Healthcare System thinks may be affected.  Those people include anyone who received inpatient care at Corning Hospital between October, 2012 and January, 2013 and was required to have an IV flushed during the stay.  Affected people should call Corning Hospital at (855) 316-7944.  Corning Hospital will reimburse all affected for the costs associated with appointments and testing.

It is imperative that people who have been exposed be tested as soon as possible.

According to news reports, Guthrie is reviewing its training procedures to see how it could have prevented this from happening, and make sure it never exposes people to deadly diseases so needlessly again.