Illegal Music-Sharing Sites Should Be Punished, Not Music Lovers! 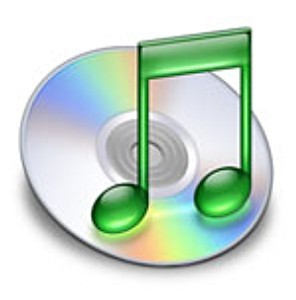 The Supreme Court Monday said it refused to hear an appeal in the case of a former Boston University student who was fined $675,000 for illegally downloading and sharing 30 songs on the Internet.

I agree with Joel — the award is ridiculously excessive! Tenenbaum did nothing different than millions upon millions of kids have been doing since they invented the cassette tape. Sharing music with your friends is a part of growing up, turns kids on to different bands, which in turn leads to additional music purchases by these new fans. I realize that technology is different, and the internet has allowed music sharing to expand from a group of friends exchanging tapes to websites where people are sharing music files from all over the world. But punishing kids instead of the owners of these sites making money off the transactions is the wrong way to enforce copyright laws. Shut down the sites – they are the bad guys in all this.  As The Who famously sang, the kids are all right.

A jury ordered Tenenbaum to pay $22,500 per song in 2009 after the Recording Industry Association of America sued him on behalf of four record labels. A federal judge called the penalty unconstitutionally excessive and reduced the award to $67,500, but the 1st U.S. Circuit Court of Appeals later reinstated it.

The 1st Circuit said a new judge assigned to the case could reduce the award again, but the record labels would then be entitled to a new trial.

Tenenbaum, who graduated Sunday from the university with a doctorate in statistical physics, told the AP he doesn’t have the money to pay the judgment. “I’ve been working on a graduate student’s stipend for six years now and I have no such money,” he said.

Tenenbaum’s lawyer, Harvard professor Charles Nesson, told The New York Times he tried to challenge the process, saying that it would force his client “down an endless litigation rat hole.” In the only other such case to reach trial, Jammie Thomas-Rasset — a mother of four from Minnesota — has been through three trials, with further proceedings at an appeals court to begin next month, according to the Times report.

“From a P.R. point of view, it’s been a grand success for the plaintiff,” Nesson told the Times. “Their objective here is to educate youth that you must pay for music, and litigation becomes the way of projecting that message out to the world.”

The case is now before Judge Rya W. Zobel of District Court in Boston, who must decide on damages. It’s possible, however, that Tenenbaum and the recording industry group could choose to settle.

Residents of Elmira, Corning and the Twin Tiers — what do you think? Do you agree with the award, or should the courts be going after the music-sharing websites? Please share your comments below!

Thanks for reading and sharing your comments!