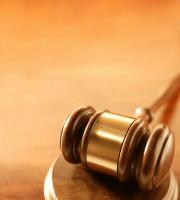 Our hearts go out to the family of local builder, John Roy from Horseheads, NY, who died after falling from a scaffold while building a house in Lansing, NY.  John had an excellent local reputation and I fondly remember time spent talking with him years ago when I was building my own home.  We send our thoughts and prayers to his family.

The facts of John’s fall are not very clear at this time.  The Corning Leader and WETM report:  “62-year old John Roy of Horseheads died after falling 30 feet from scaffolding while building a home in Lansing.  Roy was working on the roof of the house at the time.”

John’s tragic death caused me to reflect on the purpose behind a very important New York law.

Under NY law, construction workers are protected by what is referred to as the Scaffold Law (copied below). This law imposes liability on both the owners and general contractor whenever a worker is injured or killed due to an “elevation related risk.” Most commonly, cases under the Scaffold Law involve falls from a ladder or scaffold but they can involve other types of falls where the worker was exposed to injury due to working at a height.

The public policy behind this law is to encourage greater workplace safety for NY workers and accordingly it is a law that serves a very important function.  Because of this law, over the years, construction safety practices have dramatically improved. Heck, when I was a teenager carrying shingles for a local roofer, I never had the protection of a safety line but now such safety equipment is routinely seen on work sites.

Despite the fact that I am a lawyer who makes my living representing injured workers and their families, I am a strong supporter of any law that seeks to protect public safety.  My feeling is that unfortunately there will always be way too many injured people, so anything that can help protect more people is a great thing.

Here is an excerpt from the NY Scaffold Law:

New York Labor Law 240. Scaffolding and other devices for use of employees

1. All contractors and owners and their agents, except owners of one and two- family dwellings who contract for but do not direct or control the work, in the erection, demolition, repairing, altering, painting, cleaning or pointing of a building or structure shall furnish or erect, or cause to be furnished or erected for the performance of such labor, scaffolding, hoists, stays, ladders, slings, hangers, blocks, pulleys, braces, irons, ropes, and other devices which shall be so constructed, placed and operated as to give proper protection to a person so employed.

Thanks for reading and stay safe,

Here is a copy of a story The Leader ran about John’s accident:

Horseheads, N.Y. – A Horseheads man killed in a construction accident Tuesday was a longtime member of the community and a respected businessman, according to Horseheads Mayor Don Zeigler.

John D. Roy, 62, the owner of Roy Builders Inc., died after falling 30 feet from scaffolding at a home his company was building in an upscale neighborhood in Lansing, north of Ithaca, said Capt. Derek Osborne of the Tompkins County Sheriff’s Office.

Roy was climbing out of a window near the roof of the home onto the scaffolding when he fell, Osborne said. The scaffolding may have been unstable, Osborne added.

Roy was rushed by ambulance to Cayuga Medical Center, where he succumbed to his injuries, Osborne said.

Zeigler called Roy a good man and an excellent contractor who had built many homes and larger projects over the years, contributing to the area’s growth. Roy had recently submitted plans to village officials for a 30-unit senior housing complex near Hanover Square in Horseheads.

“He will be greatly missed,” Zeigler said.

Roy, who lived on Johnson Road in the town of Horseheads, leaves behind a wife and two children, said Jim Lynch, owner of Lynch’s Funeral Home in Horseheads, which is handling Roy’s funeral arrangements.

Lynch had known Roy since high school, he said. Roy was a good friend and a “master craftsman” who truly cared about his customers, Lynch said.

Calling hours are 5-8 p.m. Friday at Lynch Funeral Home, 318 W. Broad St., Horseheads. Funeral services will be held at 11 a.m. Saturday at Trinity Episcopal Church, located at the corner of Main and Church streets in Elmira.