So sad and so horrible.  A respected Cornell University professor who was highly regarded by her students for tirelessly giving her time to them was killed by a hit-and-run drunk driver Sunday evening in the Tompkins County Town of Groton as she was riding her bicycle. 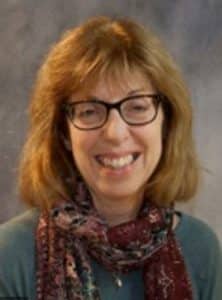 Dr. Jerrie Gavalchin, 64, was riding in the area of Lick Street and Stevens Road shortly after 6:30 p.m. Sunday when she was struck by a red Nissan pickup truck that fled the scene – with her bicycle embedded in the front bumper.

Multiple witnesses alerted police and the pickup truck was stopped shortly after the crash – with the professor’s bicycle still embedded in the bumper.

The driver, 43-year-old Jeffrey C. Skinner of Groton, was charged with First-Degree Vehicular Manslaughter, a felony; Driving While Intoxicated with a prior DWI conviction in the last 10 years, also a felony, and Leaving the Scene of a Personal Injury Motor Vehicle Accident, a misdemeanor.

The Tompkins County Sheriff’s Department reported that Skinner was arraigned and released under the supervision of the county Probation Department.

Gavalchin, a microbiologist, focused her research on systemic autoimmune diseases, and immunosuppression and infection in cattle and sheep, according to the university. Her laboratory developed and presented activities for middle and high school students, and she mentored undergraduate animal science students.

Gavalchin was an associate professor in the Department of Animal Science at Cornell University, and a professor of Medicine and Microbiology and Immunology at Upstate Medical University in Syracuse.

Kathryn J. Boor, Ph.D., the Ronald P. Lynch Dean at the College of Agriculture and Life Sciences (CALS) at Cornell, released a statement honoring Gavalchin on behalf of the university:

I am deeply saddened to inform you that Jerrie Gavalchin, a colleague in the Department of Animal Science, passed away suddenly as the result of a cycling accident on Sunday.

During an already challenging time, this is a tremendous loss to the department, to our students and to the Cornell community as a whole. Jerrie was a longtime colleague, an outstanding teacher and dedicated student adviser. She will be sorely missed.

Jerrie joined the Cornell faculty in 1999, initially serving as an adjunct associate professor at the Baker Institute for Animal Health in the Department of Microbiology. Since 2003, she has served as an associate professor in the Department of Animal Science. She received her B.S. in 1977 from Rutgers College and her Ph.D. in 1983 from Rutgers University.

Students will remember Jerrie for her kindness and great generosity in sharing her time and expertise. As an adviser, she was an outstanding mentor to hundreds of students, particularly to those pursuing careers in veterinary medicine.

In addition to her work, Jerrie was a lifelong equestrian and served as a faculty advisor for the Dressage Club at Cornell. She also advised the Minority Animal Science Students organization, helping the group raise funds to support the recent earthquake relief effort in Puerto Rico, among other projects.

Jerrie is survived by her husband, Carl Batt, a professor in our Department of Food Science, and daughter, Sam Batt ’16.

Memorial service arrangements will be announced when they are available.

We are deeply saddened by the news of the tragic death of Jerrie Gavalchin.

A member of the Upstate family for more than three decades, Jerrie was a confident and proud member of the faculty whose immunologic research on lupus and leukemia has been widely recognized.

She made friends easily and took great interest in the lives of her coworkers and their families, always eager to know the activities and accomplishments of their children and spouses. She had a deep affection for her family. She will be greatly missed by all who knew her.