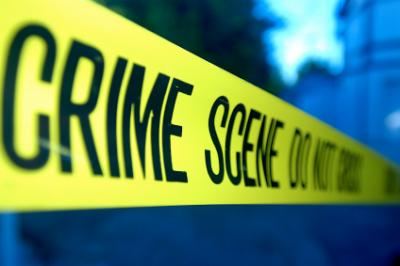 It gave me chills to see the headline on a recent WETM news update: “Bicyclist Killed in Elmira Hit and Run‏.

About 1 a.m. on a recent Sunday morning, a bicyclist was hit and killed while riding his bike along Grand Central Avenue near Clemens Center Parkway.

The driver didn’t stick around, and there were no witnesses. That means there was no call for help, no first aid for the victim. He was found later on Sunday morning, by a pedestrian. It’s a horrible, gruesome thing to contemplate.

This story really gets to me for two reasons. One, I’m an avid bicyclist and I can’t help but be affected by a story like this. It’s frightening, a reminder of how vulnerable a bike is compared with a car.

Two, it upsets me because I handled the Steven Bacon hit-and-run case. Steven, age 17, was hit and killed by a car on Maple Avenue on March 22, 2007. The driver and – and passengers who were aware of the accident – didn’t come forward, and Steven’s body wasn’t discovered until more than 12 hours after the accident. I represented Bacon’s estate – the Ziff Law Firm fought for and won the limits on the insurance policies held by the drivers who caused his death.

I’ve blogged about the Bacon case before, and about the legislation it inspired, “Steven’s Law” that would make it a crime for a passenger involved in a hit-and-run to not report the incident.

About this recent Elmira case, all I can say is that I’m glad it looks as though the police were able to quickly track down the driver who hit this poor cyclist, leaving him to die on the side of the road with no help. There was debris from the hit-and-run vehicle at the scene. WETM reported that police believed the vehicle was a silver Dodge Durango or Dodge Dakota pick-up truck, with damage to the passenger side and the front bumper area.

Steven’s Law may not be on the books yet, but resolving a hit-and-run if you were a witness, passenger, or just have more information, is the human, decent thing to do. I hope the police had help from the public ID-ing this hit-and-run driver.