Florida Veteran, Wife Get $1.25M Settlement After He Contracts Hepatitis C At VA Facility In Miami 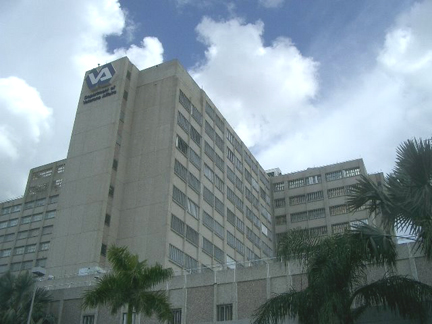 The federal government’s Department of Veterans Affairs apparently has a history of failing to adequately protect the health of its patients by cutting corners and exposing patients to life-threatening diseases.

Last week, we learned that more than 700 veterans may have been exposed to HIV, hepatitis B or hepatitis C at the Buffalo VA Center because employees there negligently reused insulin pens.

In Miami and Buffalo, VA officials said there was very little risk to the patients, but at least the one Miami patient contracted hep C, and more patients at both facilities are still being tested and may still come forward with life-threatening illnesses.

The outrageous carelessness of the VA employees at both facilities puts a bright spotlight on VA medical practices, and I hope we are not soon reading more stories about other veterans exposed to deadly illnesses.

The Miami Herald reported that the Miami VA staff failed to properly clean colonoscopy equipment and that it was the equipment that likely infected Mr. Metzler, said U.S. District Judge Adalberto. The Metzlers had filed a combined $30 million medical malpractice lawsuit.

The newspaper reported that Mr. Metzler was one of more than 11,000 veterans who received colonoscopies with improperly cleaned equipment between 2004 and 2009 at VA hospitals in Miami, Murfreesboro, Tenn., and Augusta, Ga., according to a VA investigation.

This is SHOCKING — the hospitals used equipment that had been rinsed after each patient rather than being sterilized by steam and chemicals as called for by the manufacturer, the newpaper reported.

Investigators who took apart water tubes on some of the equipment that was supposed to be clean and ready for use instead found “discolored liquid and debris,” the newspaper reported.

THERE WAS FECAL MATTER ON SUPPOSEDLY CLEAN COLONOSCOPY EQUIPMENT THEY WERE GOING TO USE ON ANOTHER PATIENT!

Metzler, who received his colonoscopy in 2007, had tested negative for hepatitis C the previous year. He tested positive for the virus in 2009, days after the VA sent him a letter warning him of a “potential health risk” related to the endoscopic equipment used during his procedure.

Dr. David Nelson, a board-certified doctor in internal medicine, testified that “there is less than a 0 percent chance” Metzler contracted hepatitis through his colonoscopy, according to the ruling. But the judge, despite acknowledging that VA records “strongly suggest” Metzler couldn’t have been infected by the colonoscopy, said the veteran had no other risks associated with contracting the virus.

“I realize that the chances of acquiring hepatitis C under these circumstances is slight,” Jordan wrote. “But I find that there is nothing to preclude Mr. Metzler from being one of those two persons in a trillion or billion who do get the virus.”

I realize that there a thousands of dedicated, professional employees at VA facilities across the country. But what should the federal government do about what appears to be a pattern of careless procedures at its VA centers?

Please share your comments below, and remember, if you or someone you love contracted an illness while being cared for at a VA center, contact a lawyer immediately.