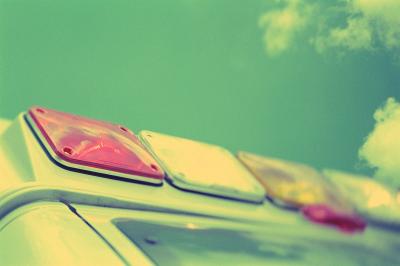 I was shocked and saddened when I read the news of a fatal auto accident early Friday afternoon in Franklin Township. The driver, a woman from Monroeton, drove into the side of a church. She lost her life and a passenger in her car was injured badly enough to warrant his transport to a hospital in Philadelphia.

What happened? According to police, the driver, 66-year-old Gloria E. Morse, drifted into the wrong lane, then over-compensated by veering back so sharply that she lost control of her vehicle. A complete description of the accident, as reported by The Daily Review, “Monroeton Woman Killed When Car Crashes Into Church”, is pasted below. To compound the  tragedy of the crash, Morse was not wearing her seat belt.

This sad accident teaches two important lessons, one of which I have harped on many times—ALWAYS wear your seat belt—and a new subject but an important driving tip—Be very careful in correcting when your tires mistakenly travel on to the shoulder.

Over the years, I have handled countless car crash cases involving fatalities and serious injuries that were caused by a driver “over-correcting” when their wheels drifted off on to the shoulder.

Driving instructors teach that your driving movements must always be smooth and fluid because it is the abrupt turn of the wheel that causes the driver to lose control of their car. We often see this phenomena when driving in the snow or rain.

The bottom line is that when you encounter any slipping or sliding of your vehicle that you react coolly and deliberately to regain control of your car. Resist the temptation to abruptly spin your steering wheel in the opposite direction. SMOOTHLY turn your steering wheel to bring you back to your proper direction of travel.

Thanks for reading. Be sure to read the full story about this accident below.

E-mail me at FreeReports@zifflaw.com for two free books:
NY Car Accidents and NY Car Insurance Secrets YOU Need to Know.

FRANKLIN TOWNSHIP – A Monroeton woman was killed when the car she driving struck a church in Franklin Township Thursday and partially traveled into the building, state police said.

Gloria E. Morse, 66, of Monroeton RR1 was driving east on state Route 414 at 1:43 p.m. when her vehicle drifted into the westbound lane of traffic, police said.

Morse over-corrected by steering to the right and lost control of her 2000 Buick LeSabre, police said.

The vehicle went off the south side of the road, traveled through a yard and struck the west foundation wall of the Franklindale Christian Church, police said.

When the vehicle came to rest, most of it was inside the church, and only the trunk and part of the rear passenger area remained outside the building, said Cpl. Roger Stipcak of the state police at Towanda.

A man who was a passenger in the vehicle, William Buckley of Canton, suffered moderate injuries in the crash and was transported by emergency medical helicopter to Robert Packer Hospital in Sayre, police said. A Robert Packer official reported that Buckley was later transported to Thomas Jefferson Hospital in Philadelphia.

Morse was not wearing a seat belt at the time of the crash, police said.

There was no one inside the church at the time of the crash, Stipcak said.

Stipcak said it doesn’t appear that Morse was speeding. He said that alcohol was not a factor in the crash.

The church is located at the intersection of Route 414 and Preacher Brook Road.