Energy Drinks May Be Hazardous To Your Health! 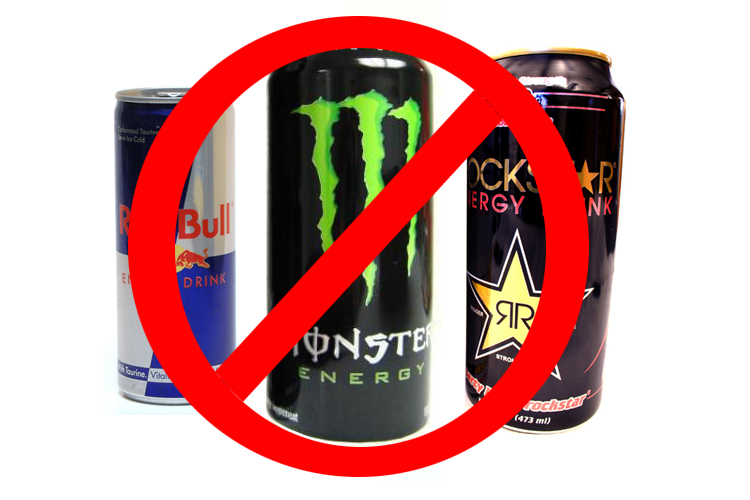 At least five people have died in the last three years after consuming highly caffeinated energy drinks, a federal agency told the New York Times and Time magazine this week. And in a sign of what’s to come, a mother of a Maryland girl who died after drinking one of the popular highly-caffeinated drinks has filed a lawsuit against the maker of the drink.

The U.S. Food and Drug Administration hasn’t confirmed the drinks were directly responsible for the deaths, but the agency says voluntary incident reports of deaths and injuries by people consuming energy drinks are starting to flow into its offices.

We are going to be hearing a lot more in the months ahead about deaths and injuries blamed on energy drinks!

Energy drinks are largely an unregulated industry – we know very little about the ingredients in these drinks, and even less about how they affect the human body. What we DO know is they are even more dangerous for children.

As their popularity has skyrocketed, we are seeing more incidents of adverse consequences. The first lawsuits have been filed, and there are likely to be more in the future.

If you or someone you love has been injured by an energy drink, please call us at the Ziff Law Firm.

The reports in both news publications focus on a 14-year-old Maryland girl who died after consuming two 24-oz. Monster Energy drinks in 24 hours, according to the family’s lawyer. The lawsuit was filed after the autopsy attributed her death to “cardiac arrhythmia due to caffeine toxicity,” Time said.

The lawsuit claims that Monster Beverage, the maker of Monster Energy, failed to warn people about the risks of its energy drinks, but a spokeswoman for the company said its products were safe and not the cause of the girl’s death.

The FDA said, in addition to the reports of the deaths, it has received reports of people with abdominal pain, vomiting, tremors and abnormal heart rate, according to the New York Times.

The FDA said it is the responsibility of energy drink makers to look into accusations of deaths or injuries associated with them, the Times said.

It appears, however, that the makers of energy products don’t monitor their safety, given the incident reports compiled by the FDA.

During the summer, New York Attorney General Eric T. Schneiderman launched an investigation into whether the multi-billion dollar energy drink industry is deceiving customers with false claims about the ingredients and health value of its products, according to a Wall Street Journal report.

Energy drinks are among the fastest-growing beverage products, according to the Journal.

U.S. retail sales of the drinks increased 16 percent last year, to $8.9 billion, accounting for 12 percent of the carbonated soft-drink category, according to Beverage Digest, a trade publication.

The drinks are not regulated as well as traditional sodas. In 2009, the FDA said it was concerned that ingredients such as botanical extracts were being added to beverages and foods beyond their traditional use, which raised questions about safety, the Journal reported.

The New York investigation is trying to determine whether the drink makers are misleading consumers with inaccurate labeling and advertising, the Journal reported.

Monster Beverage makes drinks using names like Monster Rehab, Monster Assault and Monster Heavy Metal. The labels state that they are not recommended for some consumers, including children — a group that beverage producers define as those under 12 years old — and people “sensitive” to caffeine.

If energy-drink makers are found to have violated certain New York state laws regulating food and drugs, they could be forced to pay civil fines and penalties, and to change their labeling and marketing, the Journal reported.

Parents and adults with other health conditions, especially heart problems, need to do their homework and look at the growing evidence of dangers in the drinks before reaching for their next Monster Energy or Red Bull.

Your life, and the lives of others in your family, may be at stake.