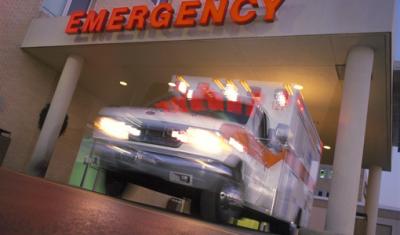 A volatile and deadly combination kills and maims far too many young adults. The mix? A young, intoxicated driver and a car full of young passengers. It is pretty much a recipe for tragedy.

Canute had two teenage passengers in the truck, according to the Rochester Democrat & Chronicle – 18-year-old Thomas Robbins, and 18-year-old Eric W. Graham, both of Cameron. Both were thrown from the vehicle in the one-car crash.

Robbins was flown to Robert Packer Hospital in Sayre, where he was treated and released. Graham went first by ambulance to Corning Memorial Hospital, then by helicopter to Packer, where at last report he was still, in fair condition.

Canute has been charged with several infractions, including driving while intoxicated. He attempted to walk away from the accident. The Democrat & Chronicle reported a strange twist – his 18-year-old girlfriend, Ashley M. Woodard, tried to take the blame for driving the truck at the time of the accident. She was also intoxicated and not even in the truck at the time of the crash. Her bid to take the fall landed her with charges of obstructing governmental administration, falsely reporting an incident and consuming alcohol under the age of 21 – but didn’t fool authorities as to the real identity of the driver.

I just hope these passengers will be OK. So far, Canute faces charges of DWI, leaving the scene of a property damage accident, and first-degree aggravated unlicensed operation. He was being held in the Steuben County Jail in lieu of $1,000 bail.