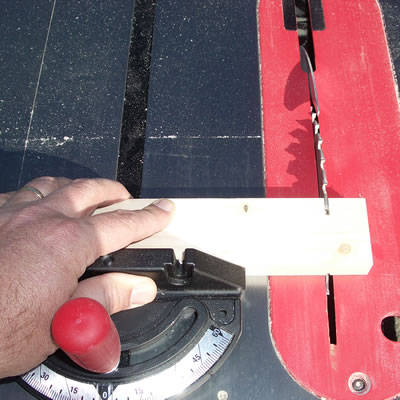 SawStop Technology Can Save Your Fingers!

Tablesaw safety continues to make headlines and woodworkers fearing injuries should take note about the latest legal and government developments.

The question that is being asked, and I think it is a good question, is whether the government should REQUIRE tablesaw manufacturers to use safer technology when that technology is available and feasible?

I have to confess that I am in the “Hell Yes” camp because unfortunately tablesaw manufacturers have historically demonstrated that they will NOT voluntarily adopt the safest technology.  Because of that, and because I see first-hand the devastating effects of bad injuries, I tend to support anything that results in fewer innocent people getting hurt.

That’s why I support past safety regulations that have resulted in much greater public safety.  Things like seatbelts and airbags in cars have resulted in fewer deaths and less catastrophic injuries.  Years ago, seatbelts were non-existent, then a rare exception.  But it wasn’t until seatbelts were REQUIRED that we widespread adoption of this safety device. No one today would argue that requiring seatbelts was a bad thing.

And that’s why I am in favor of the government requiring all saw manufacturers to adopt SawStop (or something equivalent) safety technology.

In a perfect world, these tablesaw manufacturers would build safer saws because they can and because they truly care about the safety of their customers.  However, we don’t live in a perfect world and corporate design decisions often come down to profits and the least expensive way to build a product.  Unfortunately, touting your saw as the safer saw isn’t nearly as touting your saw as being cheaper than your competition’s product.

Historically, tablesaw manufacturers have avoided liability because they have all built their saws in essentially the same way and have then banded together in the courtroom to say the way they build their saws is to the “industry standard”.  They essentially claim that this industry standard is “the best we can do because everyone in the industry does it that way”.  They then claim other designs are not feasible, or not practical, or more expensive…..

For years, the conspiracy of the table-saw manufacturers was successful in avoid liability but recently the tide turned in a very important table-saw case.

A federal appeals court in Massachusetts has upheld $1.5 million in damages to an insurance company so it could recover expenses from Ryobi’s parent company in the case of Carlos Osorio, a flooring installer who suffered a hand injury in 2005 while using a Ryobi table saw, according to Fine Woodworking magazine.

Dr. Stephen Gass, the inventor of SawStop, testified on Osorio’s behalf in the lawsuit against Ryobi, saying none of the major table saw manufacturers, including Ryobi, had adopted his safety technology. With SawStop, the blade instantly senses when it comes in contact with skin and the blade snaps out of sight before any serious damage can be done to a person’s body.

Osorio’s table saw did not have the SawStop technology and the district court, citing safety concerns, ruled in his favor based on Gass’s testimony.

An interview with Stephen Gass, the inventor of SawStop, is here.

I recently wrote about my experience in buying a SawStop table saw. Yes, they are more expensive, but itsn’t the safety of the woodworkers in your family worth it?

SawStop works. As I said in my last post, I encourage all of my woodworking friends in Elmira, Corning and the Twin Tiers to check out the latest in safety technology.

Please, be safe out there.  Always put safety first, even if it costs you more than you wanted to spend.